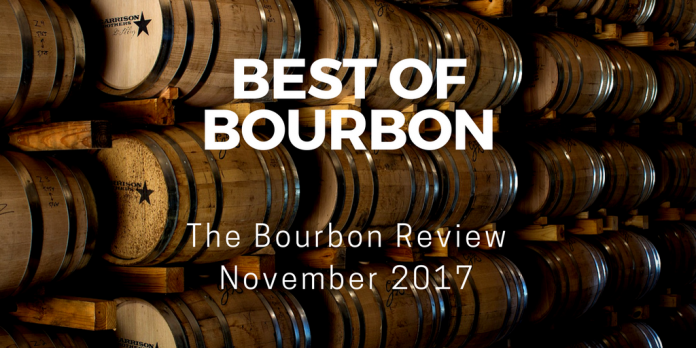 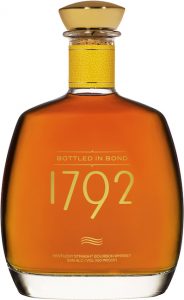 Earlier this month, Barton 1792 Distillery announced the inaugural release of a new limited-edition Bourbon – 1792 Bottled-in-Bond Kentucky Straight Bourbon Whiskey. According to the distillery, the expression remains true to the Bottled in Bond Act, which “revolutionized the quality of American whiskey.”

2. Bourbon Gives Back at Taste of the Decades 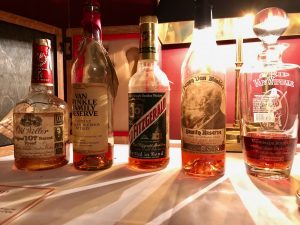 On October 26th 2017, Brad Wainscott of The Tousey House Tavern hosted Taste of the Decades, a VIP Bourbon tasting, dinner, and auction. This fundraiser was held in support of The Dragonfly Foundation, an organization dedicated to helping young cancer patients and their families find strength. The Dragonfly Foundation provides distractions from the emotional, physical, and financial toll of cancer and bone marrow transplants as well as the post-traumatic stress associated with the trauma of diagnosis, treatment, and recovery.

By the end of the night, the fundraiser raised $25,000.00 for the Dragonfly Foundation. The evening not only brought together some of the finest and most knowledgeable Bourbon aficionados around, but also helped in the fight against childhood cancer. Julian Van Winkle said it best, “It’s a no brainer for us to be involved with something like this. You can’t beat that in terms of helping a children’s foundation like this.” 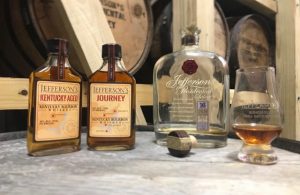 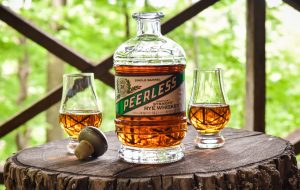 For the first time, Peerless has released three Peerless Straight Rye Whiskey Single Barrel picks hand selected by Head Distiller, Caleb Kilburn. Since releasing the Rye in the Spring of this year, the distillery has been giving tastings of the two-year-old product along with a sample of Rye new make. With the single barrel picks being offered, it will give guests the opportunity to taste up to four different Peerless Rye Whiskies.

“For me, the Single Barrel program is about showcasing the three individual flavor pillars that go into making our Flagship: oak and pepper, fruit and floral, and caramel and vanilla,” states Kilburn. Like their Straight Rye Whiskey, all single barrel selections will be bottled at barrel proof. 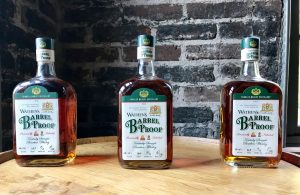 Charles Medley Distillery is releasing another special-release, Wathen’s Barrel Proof. Only 25 barrels of this singel-barrel Bourbon will be released, with proofs ranging from 109.6 to 118.6. While this will be the first release of Wathen’s Barrel Proof, the Wathen’s brand has been available at 94 proof in Kentucky for 20 years. “All our brands honor brands my family has owned in previous generations,” says Sam Medley, an 8th generation distiller and co-owner of Charles Medley Distillery.

Wathen’s Barrel Proof will be available for purchase starting in November in markets across the country at a suggested retail value of $85.