Home Events Bourbon Gives Back at Taste of the Decades 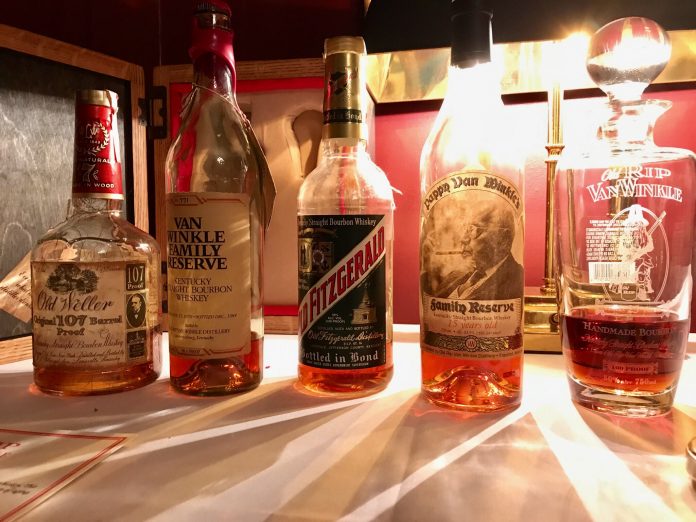 On October 26th 2017, Brad Wainscott of The Tousey House Tavern hosted Taste of the Decades, a VIP Bourbon tasting, dinner, and auction. This fundraiser was held in support of The Dragonfly Foundation, an organization dedicated to helping young cancer patients and their families find strength. The Dragonfly Foundation provides distractions from the emotional, physical, and financial toll of cancer and bone marrow transplants as well as the post-traumatic stress associated with the trauma of diagnosis, treatment, and recovery. 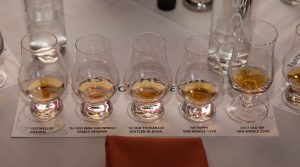 “[This was] by far the best Bourbon tasting I have ever done. That tops the list for sure… pretty generous of them to donate all of that for the event,” said Mr. Van Winkle of the rare pours.

The evening continued to the main event – live and silent auctions, dinner, and of course, more Bourbon provided by the Tousey House and The Greyhound Tavern. Some of the featured luxury items for the live auction included a Henry 22 Golden Boy Rifle, Remington 1100 Trapmaster, an Old Weller Antique Barrel with Bottle from the Barrel, a Private Tasting at Beaumont Inn with Dixon Deadman, a Private Tour of Castle and Key Distillery with MariAnne Barnes, University of Cincinnati Suite Tickets, and a Weekend Getaway at the Biltmore.

Dedman, proprietor of Beaumont Inn, brought more than Bourbon to the event. “I am truly honored to be part of something like this. I can’t wrap my mind around it, this was a whole different experience being part of something that raised money for such a worthy cause,” he said of the night. After hearing the stories about the children and families helped by The Dragonfly Project, he also donated a night at the Beaumont Inn as part of the auction. 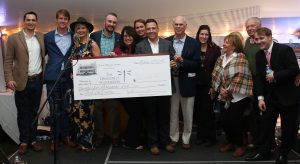 Bill Whitlow of Rich’s Proper Food and Drink in Covington, KY poured drinks while guests dined on Southern fare of fried chicken, ham sliced off the bone, potato pancakes with pimento cheese, bacon wrapped goodies, and more. “Tousey House and The Dragonfly Foundation put on an amazing event, even more amazing considering this was just the first year. The amount of money they were able to raise and the massive involvement they were able to gather both locally and regionally is astounding. I can’t wait to be involved, either as a volunteer or as an attendee next year,” said Whitlow.

By the end of the night, the fundraiser raised $25,000.00 for the Dragonfly Foundation. Taste of the Decades was a wonderful evening that not only brought together some of the finest and most knowledgeable Bourbon aficionados around, but also helped in the fight against childhood cancer. Julian Van Winkle said it best, “It’s a no brainer for us to be involved with something like this. You can’t beat that in terms of helping a children’s foundation like this.”

Want to learn more about The Dragonfly Foundation? Visit them at www.dragonfly.org or join them at one of their upcoming events.