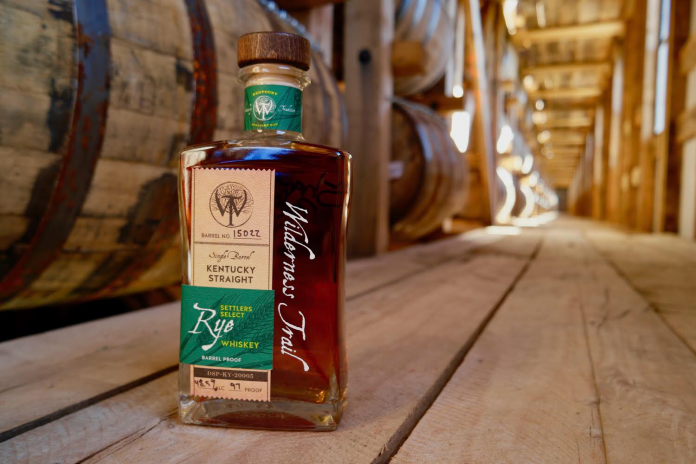 While most rye whiskey today sticks to a 90-plus-percent rye recipe, this one is a little different. Most bourbon lovers know that straight bourbon whiskey must be at least 50 percent corn. Straight rye whiskey follows the same rule, requiring rye grains.

But with a mash bill of 56 percent rye (rounded out with 33 percent corn and 11 percent malted barley) Settlers Select is different, while still qualifying as a straight rye whiskey.

This single barrel rye is non-chill filtered and bottled at 101.1 proof. If you think that seems low for a cask strength whiskey, you’re not wrong. Wilderness Trail barreled this rye at 100 Proof, the lowest barrel entry proof in Kentucky.

The first release will be only at the distillery in Danville, Kentucky at 10 AM this Saturday, November 3rd. The release is limited – only one bottle per customer on a first come, first serve basis.

The bottles sold at the distillery will come packaged in mahogany gift boxes, but if you miss out, don’t despair. They’ll be arriving on shelves at bars and liquor stores the following week (sans gift box) for $65 for a 750 ml. bottle.