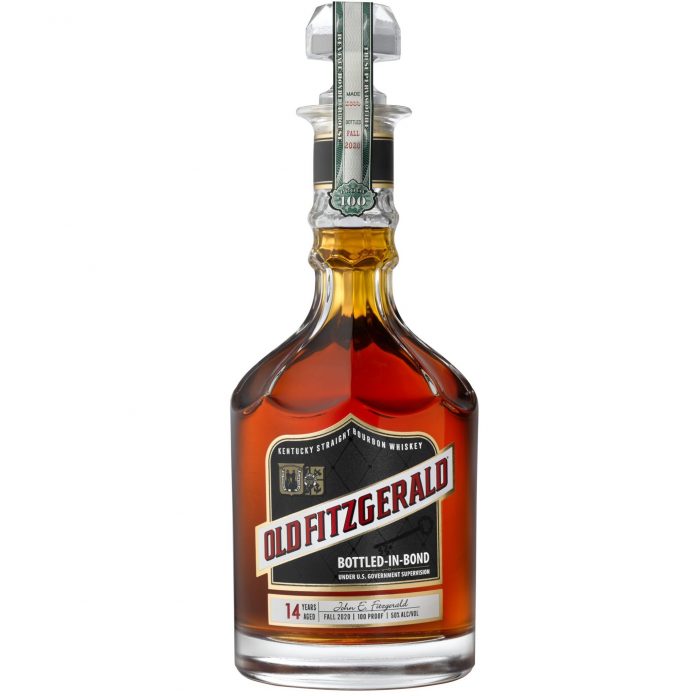 Heaven Hill has announced the Fall 2020 release of their coveted Old Fitzgerald Bottled-in-Bond decanters, the first 14-year-old expression in the line available outside the distillery.

Each distilling season, Spring and Fall, Heaven Hill releases a well-aged, bottled-in-bond Old Fitzgerald made with the classic wheated bourbon recipe inherited from the famed Stitzel-Weller. Each release comes crowned with a tax stamp denoting distilling and bottling season as is custom for bottled-in-bond bourbons. Fall decanters like this new release come with black labels, spring decanters feature green, and distillery-only releases are a deep red.

While locals may have spotted a red label variety of this 14-year age stated decanter at the Heaven Hill Bourbon Heritage Center and at select Kentucky retailers, this will be the first time that a 14-year-old Old Fitzgerald is distributed nationally.

“The fall 2020 edition of Old Fitzgerald Bottled-in-Bond Kentucky Straight Bourbon Whiskey is the first 14-year-old of the nationally released series and features Bourbon pulled from different rickhouses, at different floors, and on different production dates than the red label release,” reads a statement from the distillery.

Old Fitzgerald Bottled-in-Bond 14-Year will be available this fall in limited quantities for around $140.