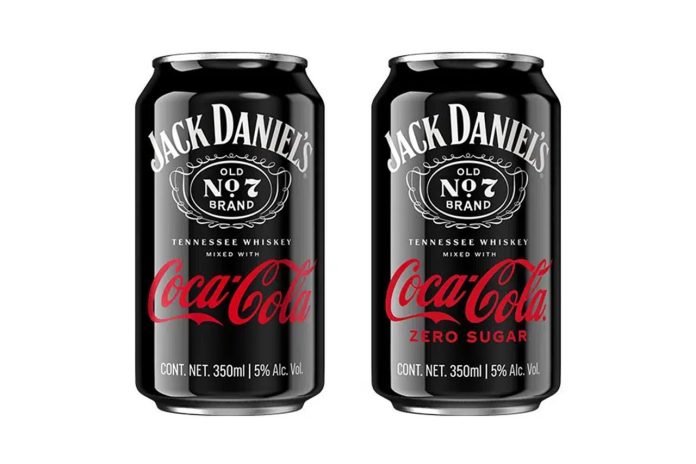 Ah, the simple things in life…

When it’s sweltering hot outside, we’re talking painfully hot here, is there anything more nostalgically soothing than a good ole ice cold Coca-Cola? If you’re of age, the answer is, well, YES. One that has a little kick to it:)

The timing of this news release couldn’t be more ideal as the US suffers through the current blazing heatwave.

Officially called “Jack Daniel’s & Coca-Cola RTD“, the canned alcoholic beverage is made with Jack Daniel’s Tennessee Whiskey and Coca-Cola. It will typically have 5% alcohol by volume, but that will vary depending on country. A Zero Sugar version of the drink will also be available.

“This relationship brings together two classic American icons to deliver consumers a taste experience they love in a way that is consistent, convenient, and portable,” Lawson Whiting, CEO and President of Brown-Forman Corporation. “Brown-Forman has been a leader in the ready-to-drink category since we launched our first Jack Daniel’s RTD more than 30 years ago. Coca-Cola perfectly complements Jack Daniel’s and our existing RTD offerings, enabling us to accelerate expansion and continue to grow our business around the world.”

It’s scheduled to hit Mexico later this year and the US in 2023. Per CNN Business, the initial launch market south of the border was chosen as both brands are popular in Mexico and the RTD sector is firmly established.