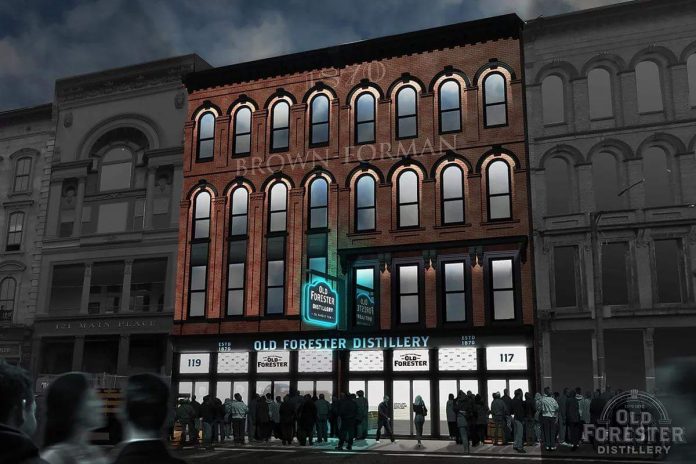 Tickets for tours and tasting experience are on sale now.

Following a ceremonial opening on National Bourbon Day, June 14, 2018, Old Forester Distilling Co. will make its return to Louisville’s historic Whiskey Row. The distillery will open to the public at 119 W. Main St. for tours and tastings. Advance tickets are now available for purchase at OldForester.com.

The $45 million, 70,000 square foot distillery will guide guests through the Bourbon making process from fermentation and distillation, to the aging and bottling of America’s First Bottled Bourbon. In addition to this, it will be the only downtown distillery with a fully-operational cooperage. Old Forester Distilling Co. will join ten other distilleries as an official member of the Kentucky Bourbon Trail tour.

Additionally, tickets are now on sale for A Toast to Whiskey Row, set for Friday, July 15, giving guests the opportunity to be among the first to experience Old Forester Distilling Co. The event includes cocktails, hors d’ oeuvres, live entertainment, a progressive tasting of special Old Forester offerings, bottle engravings and signings, and Q&A with Old Forester President Campbell Brown and Jackie Zykan, Master Taster. Tickets for the event are limited and available for $150 per person. This event is open to guests 21+. 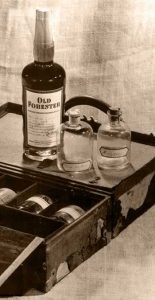 “Nearly 150 years ago, my great, great grandfather, George Garvin Brown, signed and sealed Old Forester with a pledge to craft Bourbon of the highest quality and utmost consistency,” said Campbell Brown. “We’re thrilled to return to our former home and share with the world the spirited story of the Hometown Bourbon of Bourbon’s Hometown.”

During the economic boom following the Civil War, Louisville’s Main Street was the hub of the Bourbon business in Kentucky. Once home to 89 Bourbon distilling companies, only one of those companies has operated continuously to present day – Brown-Forman and its founding brand, Old Forester. Founded in 1870 by George Garvin Brown, he believed Old Forester was so pure and consistent that he sealed it, signed it, and pledged, “There is nothing better in the market.” Located at 119 W. Main Street in Louisville, Kentucky, Old Forester Distilling Co. is housed in the same building that the brand called home prior to Prohibition.