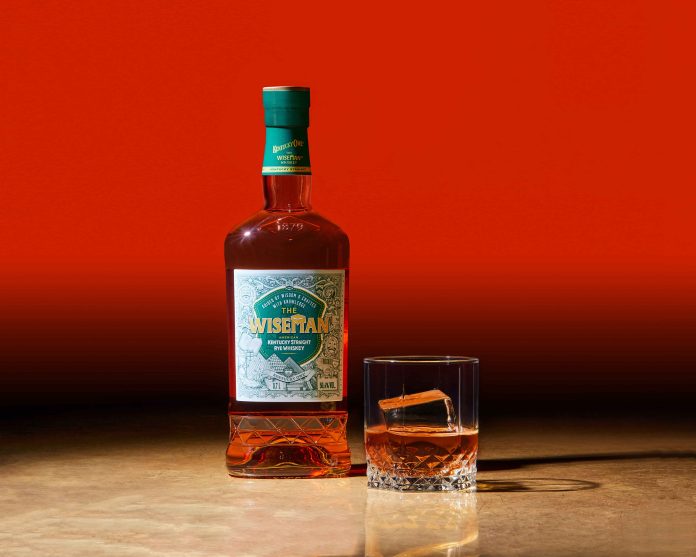 Kentucky Owl, HQ’d in Bardstown, KY, has announced the second release in “The Wiseman” series, a new straight rye whiskey available in April across the U.S.

The new whiskey joins The Wiseman Bourbon released by Kentucky Owl® in September 2021 and named one of Whisky Advocate’s Top 20 and Bourbon Review’s Top 10 whiskies of the year.

The Wiseman Straight Rye is a 95% rye mash bill selected by Kentucky Owl Master Blender John Rhea. Bottled at 100.8 proof, The Wiseman Straight Rye has a rich and spicy nose with hints of fresh rye bread and slight hints of sweet caramel and cinnamon (notes provided by KO). The spicy character instantly fills the mouth with rich rye flavor with a long finish that starts as fresh rye bread and slowly moves towards buttered cinnamon toast and ends with a hint of English walnut.

This is the third Kentucky Owl release under Rhea, who previously served as Four Roses Distillery’s chief operating officer, where his responsibilities included quality control, maturation, evaluation and product blending. He was inducted into the Kentucky Bourbon Hall of Fame in 2016 and served as chair of the Kentucky Distillers’ Association board of directors.

Stoli Group purchased Kentucky Owl in 2017. Originally founded by C.M. Dedman in 1879, the Kentucky Owl Bardstown distillery went dark during the Prohibition era and remained dormant until a descendant revived the brand in 2014. Since then, the company’s small batch releases have sold out quickly and received rave reviews.