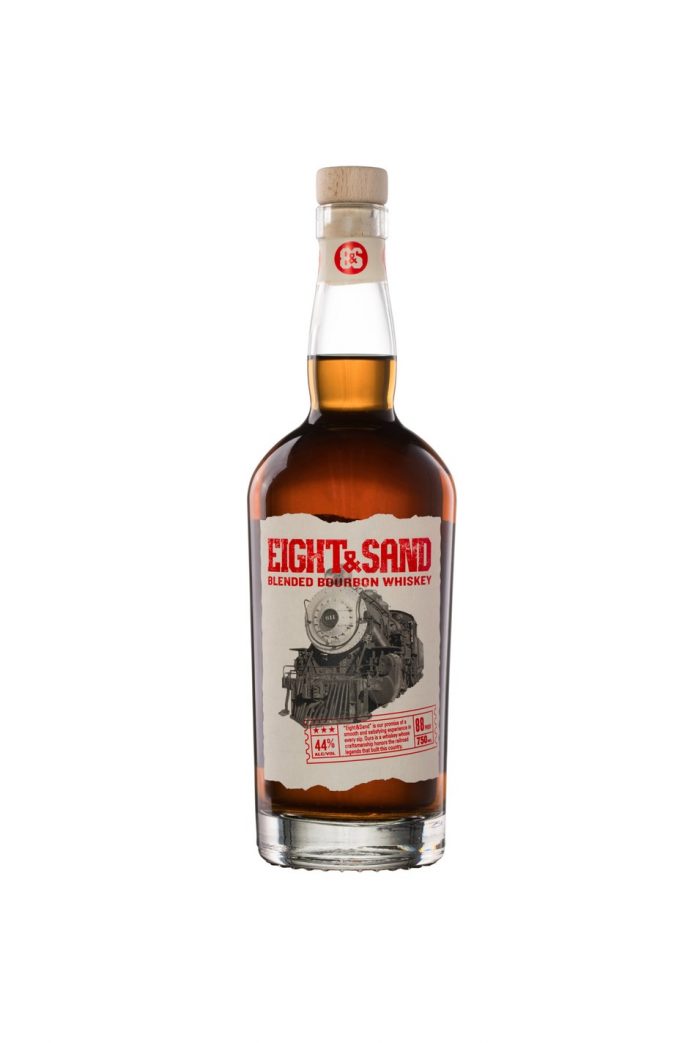 Although MGP has been contract distilling bourbons and their famous ryes for decades, they’ve only recently released whiskies under their own labels (George Remus Bourbon and last year’s Rossville Rye). Now, MGP is adding Eight & Sand to that line, with a nod to America’s historic railroads.

The name refers to the eighth (and fastest) notch on a train’s throttle, and the sand used to add traction to the wheels riding the rails. Wishing an engineer “eight and sand” is wishing them a safe and speedy trip.

“We’re proud to position Eight & Sand as an engine of innovation in our portfolio,” says Andrew Mansinne, Vice President of Brands at MGP Ingredients in a press release.

“We were inspired by the story of the American railroad, and Atchison’s local E&S Locomotive 811 which has long connected our hometown to the country. We’ve designed Eight & Sand as an approachable blend of bourbons and whiskies designed to appeal to consumers looking for great value, great quality and smooth taste,” Mansinne said.

If you’re skeptical about the term blended, you’re not alone. Don’t worry, the distillery specifies that there are no additives, colors, or flavors in the bottle, just straight bourbon and whiskey married together to create a drinkable, affordable bottle. A popular example is Old Scout, a blend of bourbon and whiskey bottled by Smooth Ambler.

Official tasting notes for the bottle include spicy rye and cinnamon notes on the nose and palate, with caramel at the finish. Eight & Sand Blended Whiskey is bottled at 88 proof and is on shelves now for a suggested retail price of $30.