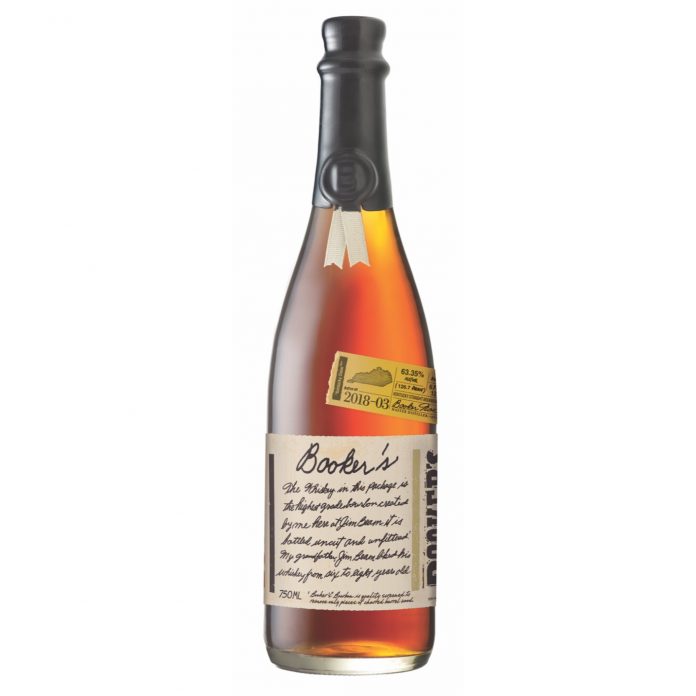 The third release in the Booker’s Bourbon 2018 Collection is hitting shelves across the country this month. Following “Kathleen’s Batch” and “Backyard BBQ,” the latest batch, “Kentucky Chew” is named for founding distiller Booker Noe’s signature process for tasting bourbon.

After taking a hearty sip, Booker worked the whiskey around in his mouth and smacked his lips a few times, which made it appear that he was chewing on the bourbon. He alleged that this habit was the only way to get the bourbon to coat his entire palate, and the best way to pick up all the flavors and finishes. He created Booker’s Bourbon as a Christmas gift for family and friends, and his son, Beam Master Distiller Fred Noe, keeps the family tradition alive today.

Fred tastes every Booker’s release using the same “Kentucky Chew” his father did, using only barrels from the center of the warehouse and selecting for the robust and full-bodied characteristics that make Booker’s special. Booker’s is credited as one of the first small batch bourbons ever released, and set many standards for uncut and non-chill filtered whiskeys in the United States.

Booker’s has also released a single batch of rye in the past. Bourbon will have to suffice for now; it may be a while before we see another Booker’s Rye release.