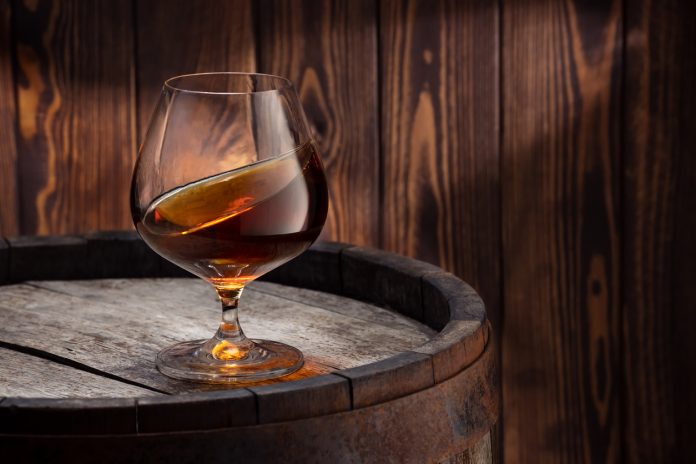 I immediately thought to myself “Oh sh**, there’s no way”.  But when it comes to booze and laws, hey, anything can happen. Look at Prohibition.  A tingle of fear slowly crept in.

If you’ve ever had the immersive pleasure of doing a private barrel pick, it’s actually not too hard to imagine some rules being gently leaned on.  I’ve stood there myself, staring at 10+ barrels of cask strength unadulterated nectar of the gods, those pretty maids all lined up for selection sippin’.  And besides thinking how good this day was instantly becoming, another much quieter voice saying “hmmm, I wonder if this is all legal, technically?”  The quieter voice silenced with hostility and rightfully so the moment that amber goodness “thieved” straight from the barrel into your glass hits your lips.  It’s a sacred experience.

Private barrel selections (PBS) have been happening in Kentucky for decades upon decades. It’s not a new concept.  Bars, restaurants, private businesses, and even clubs/charity groups have been picking their own pleasure going years back.  I’d speculate that now is a golden age for PBS’s in Kentucky.  The Bourbon Boom has made it increasingly difficult to even get your hands on your own pick these days.

PBS’s are themselves a symbolic badge of honor meaning you take this stuff pretty seriously.  And it’s cool because your barrel pick is a reflection on your personal taste.  Each one is unique like a fingerprint.  Take two barrels side by side on the same floor of the same rickhouse with the same mashbill…they will taste different.

A special bond is formed when you visit Bourbon Country, particularly on a PBS pilgrimage. Countless Chefs and Bar Stars from establishments nationwide travel to Kentucky for “work purposes”.   Their staff squads get a true taste of Bourbon Country. They see the magic of the distillery grounds.  They see the passion and the people behind the curtain of the distilleries.  When your journey is done and your barrel(s) is picked – you may leave Kentucky, but Kentucky doesn’t leave you.

The thought of this whole enchanting aura surrounding PBS being axed…downright infuriating.

Just how serious is this threat? Is it a legit worry or much ado about nothing?  And what in particular about PBS is bending the law?

WHERE DOES THE PBS LAW BEND?

To sum up Mark’s article noted above:

IS PBS IN JEOPARDY,  REALLY? WE CHECKED WITH A LEGAL SOURCE

I recently spoke with a member of the KY legal community who specializes in alcohol related law.

Per the source – YES, it is actually a legit concern that was initially voiced by regulators during a publicly open legislative session in Fall 2021.

HOWEVER, things are being done now with legislation which, going accordingly, would put PBS on a solid regulatory foundation.  It’s not water under the bridge until it is though.  Ideally, laws will be updated allowing KY PBS to commence legally without any fretting over technicality.  Essentially, it’s not a guarantee but there’s nothing to suggest that this won’t be done properly by Uncle Sam to keep the KY PBS pipeline flowing strong and the masses happy.

Try and think of a world without PBS, not sure that’s a world I want to live in.  We have faith in you KY Legislators. Pretty please with sugar on top – don’t screw this up.