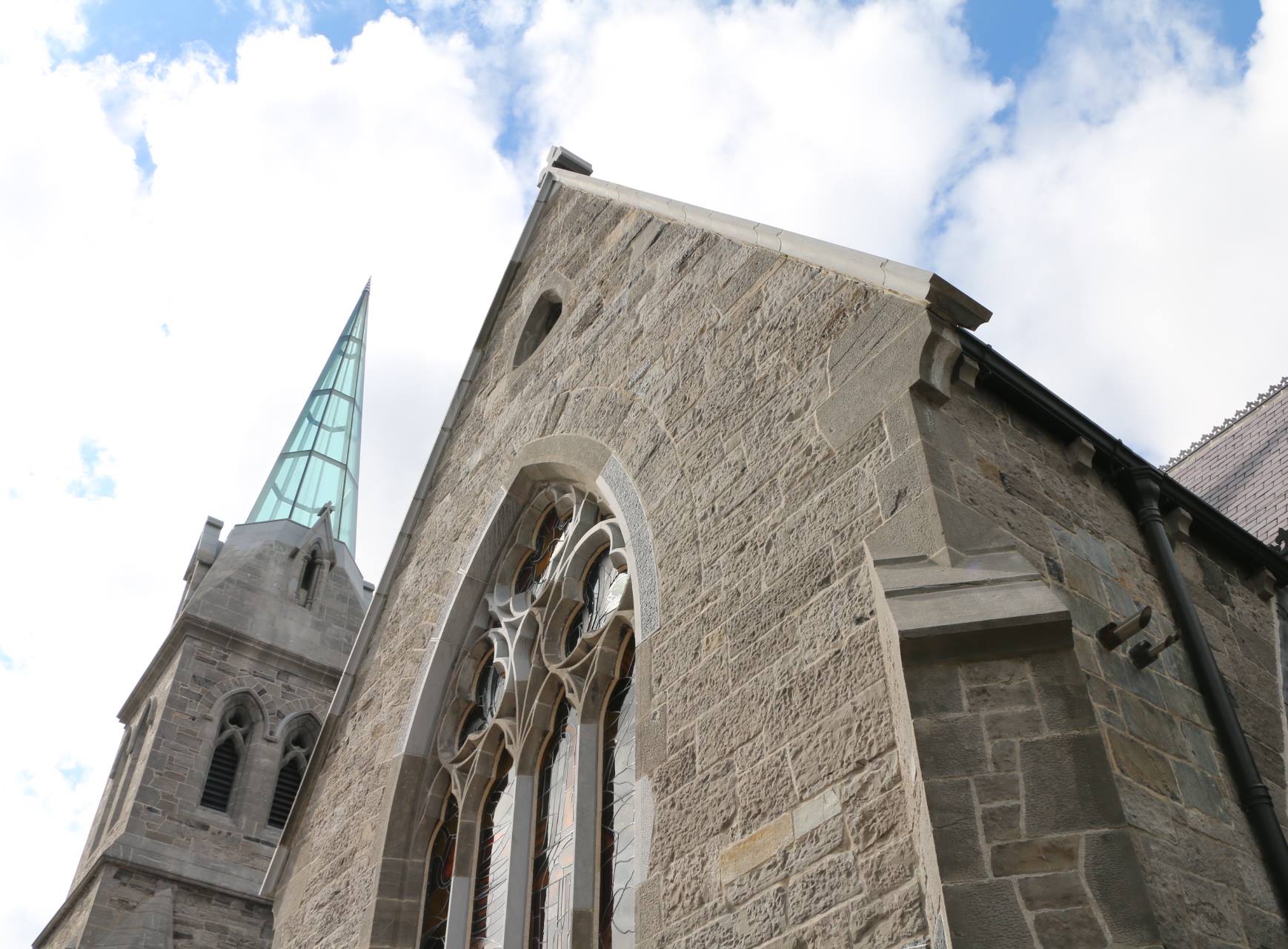 [DUBLIN] – Pearse Lyons Distillery at St. James, Dublin’s new boutique Irish Whiskey experience located in the heart of The Liberties, is due to open its doors to the public in September. Acquired in 2013 by Pearse and Deirdre Lyons, the property had many previous incarnations, including a lighting shop. Pearse, Dublin born, has strong family connections to The Liberties and St. James Church, which compelled the Lyons family to purchase the site and transform it into Dublin’s newest visitor attraction.

“Pearse’s family lived, worked and did everything in the area,” said Deirdre, director of corporate image and design at Pearse Lyons Distillery. “Five generations on his mother’s side, the Dunnes, traded as coopers — it was in the DNA, if you like.”

In 1948, his grandfather, John Hubert Lyons, was one of the last people buried in the graveyard at St. James.

Pearse holds a Ph.D. in yeast fermentation and was the first Irishman to receive a formal degree in brewing and distilling from the British School of Malting and Brewing. He worked for Irish Distillers as part of the design team that built the Midleton distillery in Cork. After immigrating to the U.S. in 1977, an opportunity arose in 1999 for him to purchase the Lexington Brewing and Distilling Company in Kentucky. Pearse has now brought his passion for brewing and distilling back to The Liberties in Dublin.

The “We wanted to do something in Dublin based on our knowledge of Kentucky, where we already have a distillery,” said Deirdre. “Becoming part of the Kentucky Bourbon Trail®, I was able to witness how a cluster of distilleries could work together to attract more visitors. We would love to be part of a whiskey trail in Dublin.

“At one time in the history of The Liberties, this area was known as the ‘Golden Triangle’ due to its many distilleries,” she continued. There is so much happening right now with new distilleries — we could return to those times and the potential for job creation is huge.”

St. James traces its origins back to 1190. The first church was built on the site as part of St. Thomas’s Abbey, which was founded by King Henry II as his penance for the murder of Thomas Becket, who was then the Archbishop of Canterbury. In the mid-1500s, the first church collapsed and remained in disrepair for 100 years. Around 1650, another church was built, but by 1859, the congregation had outgrown the space, and permission was sought to take it down and rebuild a bigger structure.

“Bringing the old church back to life has been a monumental job,” said Deirdre. “Creating Pearse Lyons Distillery at St. James has required a lot of time and investment. We started this project in March 2014, but it changed a lot from the time we purchased the building.

“It was a protected building, and then it became a national monument,” she continued. “This added many layers on the conservation side. Restoration costs, additional facilities, distillery equipment, artworks and our new glass spire, which we have named The Liberties Lantern, has pushed the cost of the entire project to more than €20 million. It has been an arduous process, respecting the historic site while trying to build a working distillery and tourist attraction.”

“The nature of the layout of Pearse Lyons Distillery means we will always be a boutique visitor attraction,” said Deirdre. “The tour guides will be called storytellers because the difference between our distillery and others is the fabulous history of the location and of the church itself. It all becomes a story — a story of whiskey, a story of The Liberties and the history of the graveyard.”

Newly commissioned stained glass windows further enhance the storytelling at St. James. On the west side, the window honours the Camino de Santiago. To the north, the stained glass, housed in a frame in front of the original window, depicts Robert Dunne, Pearse’s uncle, who was one of the last coopers who worked in Dublin. The window to the east tells the story of distillation, while the south window explains the brewing process.

“We are thrilled to add another chapter to my rich family history of brewing and distilling,” said Pearse, founder of Pearse Lyons Distillery. “Our distillery and visitor centre will showcase the history of distilling in Dublin’s Liberties. Visitors will have the opportunity to witness, smell, taste and learn all about the process of distilling Pearse Irish Whiskey.”