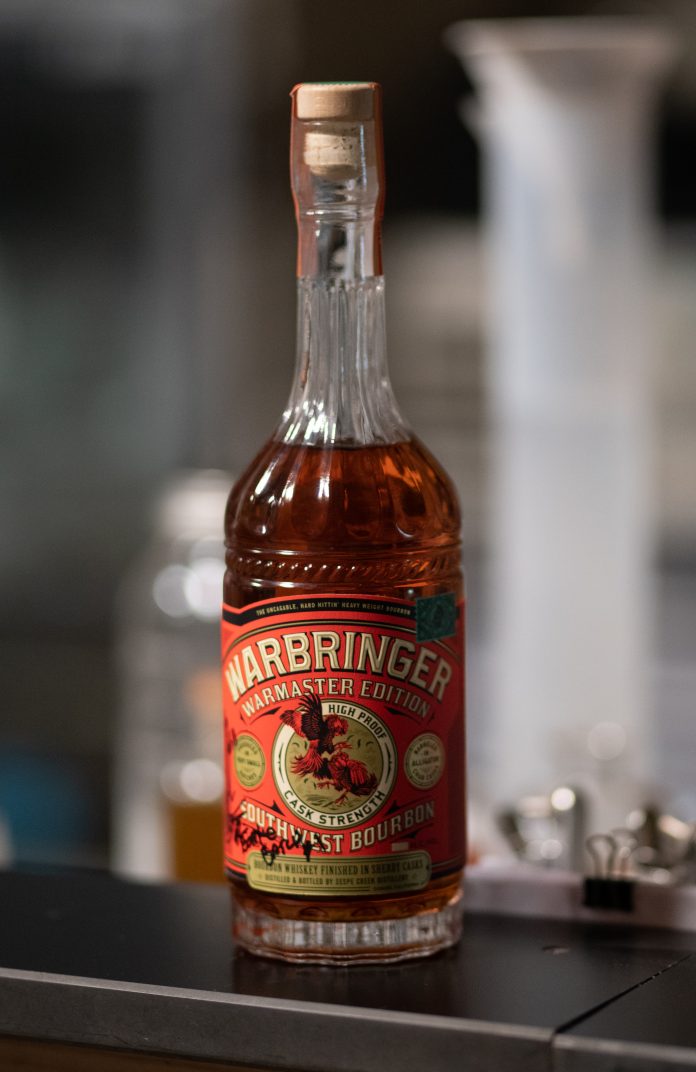 Sespe Creek Distillery and Legendary MMA Heavyweight Fighter, Josh Barnett have ventured on a partnership to create Warmaster Bourbon.  Josh, one of MMA’s most accomplished fighters, is a two-time Heavyweight Champion.  Over his distinguished career, he has a record of 35-8.  Josh won the Heavyweight title in UFC, Pride, Strikeforce and the Pancreas Open weight Championship.  He has notched wins against MMA’s most notable fighters, including Andrei Arlovski, Randy Couture, Roy Nelson, Frank Mir, Antônio Rodrigo Nogueira, Jeff Monson, Mark Hunt and Sergei Kharitonov.  Needless to say, Josh can pack quite the punch.

Not only is Josh one of the top fighters in the world, but he is also a diehard whiskey nerd and connoisseur.  Along with Bourbon, Josh has developed a love for Japanese Single Malts and Scotch.  Some of his favorite whiskies that he drinks regularly include: Henry McKenna 10yr Single Barrel Bottled in Bond, Kings County Bottle and Bond, Sespe Creek Warbringer, Old Forester 1920, Alexander Murray 12 Yr Bruichladdich Cask Strength, Nikka Black Deep Blend, and Kirin Fuji Sanroku.

With this diverse collection of daily drinkers, we sought to dive deeper into why he wanted to make a Bourbon and where that love started, “Growing up we had Evan Williams and some Irish [Whiskey] in the house, my mother also enjoyed Scotch… but as I started living in Japan and learning about Japanese Whiskey, that really opened my eyes to how much depth and character you can get from the spirit itself. It’s the kind of thing that never gets old to me and there is always something new as far as a flavor profiles. The other aspect is the real deep historical lineages that some of these brands have and as you drink you get to be a part of this incredible chain in history.” 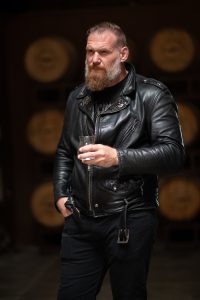 Armed with years of knowledge and a palate for bold flavors, Josh set out on a journey to create his brand of Bourbon, and this is where Sespe Creek Distillery comes into play.

Sespe Creek Distillery, located in Oxnard, CA is a small craft distillery that creates an award-winning small batch Bourbon called Warbringer. This is a Southwest Smoked Mesquite Bourbon that is unlike any other bourbon out there. It is sipping Whiskey, and one that grows on your palate as you continue to drink it. Their meticulous processing and humble nature are what drew Josh to partnering with them, “They have the right vision, they have the right attitude, they are fully committed to what they do and they are not thinking about compromising their product for a buck in any way and I love it.” said Josh about why he decided to work with Sespe Creek Distillery.

When Josh met David Brandt, Ph.D., Founder and Distiller of Sespe Creek Distiller, he knew they were going to create an amazing product. With Josh’s vision for a bold, hard hitting, sipping whiskey that could be enjoyed neat or on the rocks, he knew that Warbringer was going to be the best first step in the process and that David and his team were up to the challenge.

Josh attributes his dive into being a purveyor of Whiskey to Connor McGregor blazing that trail for fighters in the MMA world, “Well, honestly I have to thank the idea that Connor McGregor managed to branch off into spirits. It wasn’t the matter of trying to do something like him it was just the idea that ‘hey, by the way, professional fighters drink and they like whiskey, and are also involved with things outside of fighting’ and especially for me, as someone who has been drinking Whiskey for a long time, I have always wanted to put out my own Whiskey into the world. Teaming up with Sespe has given me the opportunity to do so with people who care so much about the process and also to have their very unique way of approaching it… it’s forward-thinking.” One thing people should take away is that Warmaster and Proper 12 are nothing alike, in fact, they are polar opposite in just about every way.

Trying to figure out what a bold sipping Whiskey meant to Josh was a question we wanted to dive into.  Josh wanted, “Something Challenging, not something that anyone and everyone can drink, I didn’t want it [Warmaster] to be shallow and easy. I wanted something that would make an impression on people. I tend to drink things at Cask Strength because I like the intensity of the flavors.” Warmaster has certainly lived up to its promise of that.

While Warbringer has been touted as “The Big Beast of Bourbon”, Warmaster takes that up a notch. The tasting notes for Warmaster are not as one would assume- on the nose you get a lovely burst of butterscotch, mesquite, and barbeque with subtle undertones of candy apples and maple syrup. You will get a sense of smoke similar to that of a scotch, but we did not find it overbearing. The initial taste was sweet, smoky, and hints of banana with a hard-hitting heat to it that lets you know you are drinking a cask strength bourbon. We can say that without a doubt this is a very unique bourbon that will have people thinking about the complexity that Sespe Creek delivers on. 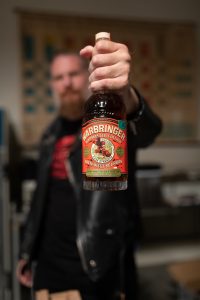 David Brandt says “It’s been a true pleasure working with Josh to make this exciting special release – his bourbon acumen is far beyond the ordinary…this is undeniably a heavyweight bourbon, delivering a powerful blast of mesquite smoke and rich, deep flavor that will keep you savoring each sip.”

“For this bourbon to bare the name Warmaster, it had to live up to the same elements as I do: strong, intense, complex, and packing a punch. This is something for the bold ones.”

To learn more about Warmaster Bourbon or to find it near you go to Sespe Creek Distillery and click the product locator button.