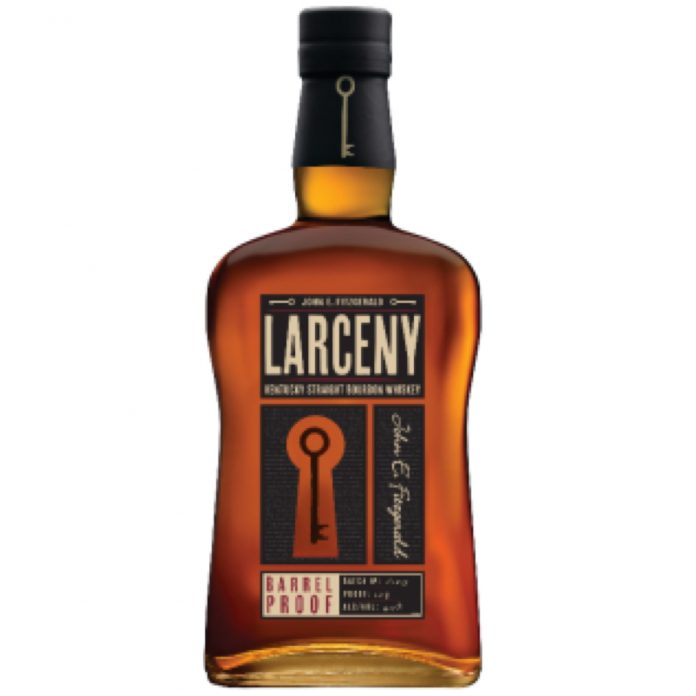 Larceny Barrel Proof batches will consist of six- to eight-year-old bourbon and will vary in proof. The schedule and codes for the new barrel proof bottles echo the distillery’s popular Elijah Craig Barrel Proof, and will hit shelves in January, May, and September.

Larceny has more wheat in its recipe than almost any other bourbon in the wheated category, which includes fan favorites like Weller, Pappy van Winkle, and Maker’s Mark. Bourbon mash bills must use over 50% corn, but traditionally use rye as the secondary grain. Bourbons like Larceny that use wheat as the secondary grain drink softer and sweeter than those that use the spicier rye.

“Larceny’s wheated Bourbon mashbill delivers a taste profile that is very approachable and smooth, a true crowd-pleaser. The addition of this non chill filtered, barrel proof offering to the Larceny family allows us to showcase a deeper character, richness and depth of flavor from our wheated Bourbon mashbill,” said Heaven Hill Distillery Group Product Director Susan Wahl in a press release this morning. “Drawing from its lineage within the Old Fitzgerald family, Larceny Barrel Proof is an opportunity for Bourbon fans to taste a historical ‘wheater’ in its purest form.”

The Larceny line takes its name from the heavy “quality control” done by the famous John E. Fitzgerald, a treasury agent responsible for bonded bourbon warehouses around the turn of the century. His appetite for delicious whiskey meant his favorite barrels always ended up lighter than most, earning them the nickname Old Fitzgerald barrels. Heaven Hill acquired his namesake wheated Old Fitzgerald line in 1999, and added the Larceny expressions to the family in 2012. The skeleton key on the Larceny is reminiscent of Fitzgerald’s keys to the bonded warehouses he patrolled.

The first release of Larceny Barrel Proof will hit shelves around the country in January 2020 at a suggested retail price of around $50.