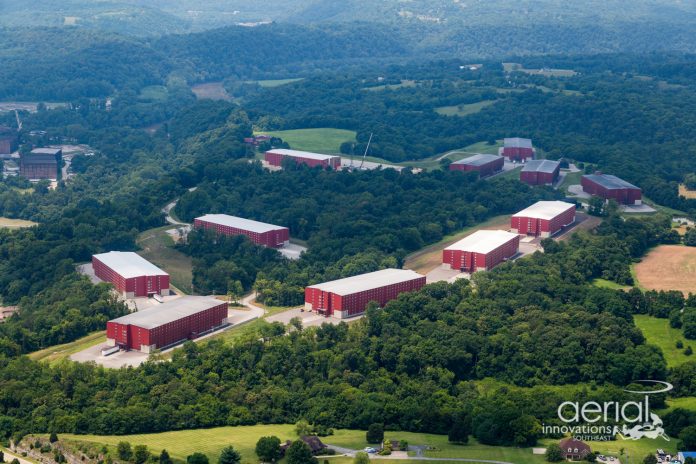 Buffalo Trace Distillery is in the midst of a colossal ongoing $1.2B expansion project and even that isn’t enough to currently keep up with the world’s unquenchable thirst for their juice. But in the prophetic words “I’m giving her all she’s got, Captain”, they’re doing everything possible to get there in the future.

They recently provided the following breakdown of what happened in 2021 for the continued Great Expansion Conquest. Will they ever be able to have enough product on the market? Only time will tell….

While the Distillery continues with its $1.2 billion expansion, unfortunately it will still be a few years before bourbon supply catches up with demand.  Buffalo Trace recognizes this is not the news its fans want to hear for the next few years but making great whiskey does take time and the Distillery is not prepared to cut quality corners to increase short term supply.  In the meantime, it is committed to supplying every drop of high-quality whiskey at fair prices until it can supply more.

“The bourbon category continues to grow at a rapid rate, and while we have been increasing production across our portfolio for the last several years, we are still catching up to consumer demand,” said Sara Saunders, vice president of marketing, Buffalo Trace Distillery.

In the past year, this National Historic Landmark made headway on a number of projects, including a second still house, located adjacent to Buffalo Trace’s existing 1930’s still house. The addition of a second still house will double the production capacity for the Distillery, with a duplicate still standing 40 feet tall and having the capacity of 60,000 gallons.

One of the more interesting construction projects started in the past year involves repurposing the oldest aging barrel warehouse on property, Warehouse B, to a new dry house.  Warehouse B was built in 1884 but has sat empty for two decades after it was determined that it was not ideal for aging the quality whiskey Buffalo Trace requires with today’s rigorous standards.

An all-brick warehouse, its location at the back of the distillery near the cookers and fermenters made it an ideal location for drying spent mash to sell to farmers for livestock feed and it allows the Distillery to repurpose the building while maintaining its historic integrity. Buffalo Trace’s existing dry house will continue to operate once the new dry house is complete, but the additional dry house is necessary for the increased production.  The Distillery’s dry house operations ensure that none of the Distillery’s byproduct goes to waste.

A new cooling system is also underway, which includes mash coolers, chillers and cooling towers, all necessary to cool the mash down after cooking so it can be transferred to fermenters as needed.

The Distillery has broken ground on a $40.0 million wastewater treatment facility, allowing it to be self-sufficient in its treatment of wastewater.  Comprised of a moving bed biofilm reactor, the new treatment facility will allow wastewater to be treated efficiently and maintain water quality standards. Wastewater will be treated and disinfected clean enough to release into the Penitentiary Branch, which leads to the Kentucky River —ensuring both remain high-quality waters.

New barrel aging warehouses HH, II, and JJ have also been added in the past year and LL and MM are under construction now.  Warehouses KK and NN are in the planning stages.    Since most of Buffalo Trace’s bourbons age eight to 10 years, more warehouses continue to be built as production increases.  A total of 10 new barrel warehouses have been built to date since 2017, each holding 58,800 barrels and costing about $7 million each to build and another $21 million each to fill with barrels.

The progress made over the past year joins previous expansion items as part of Buffalo Trace’s $1.2 billion investment, such as four new 22-foot tall cookers, four new fermenters, a 110,000 square foot bottling hall, and an expanded Visitor Center which triples the size of the former retail, tasting and event space.  Buffalo Trace resumed tours over a year ago after a brief shut down due to COVID-19 and visitation has rapidly picked up pace, while maintaining safety protocols.  Since re-opening last July, Buffalo Trace has seen more than 235,000 visitors, despite some capacity restrictions still in place.

Upcoming infrastructure projects for this 246-year-old Distillery in the near future include a new mill house, which will be located close to the original location of the hammer mill from 80 years ago.  The mill house will increase the grain grinding capacity to match new distillation capacity by replacing the current hammer mills.  Corn, wheat, rye and barley are trucked into Buffalo Trace from various non-GMO farmers in the region, but then must be ground on site before the grains can be used to make bourbon.

More barrel aging warehouses are also planned for the future, as well as another craft bottling hall which will allow Buffalo Trace to produce more single barrel and small batch bourbons.

“We’ve made great strides in our expansion so far, but we still have a long way to go in order to meet the needs of our fans,” said Master Distiller Harlen Wheatley. “We continue to take all the proper steps to ensure every barrel is of the highest quality as we increase supply.”