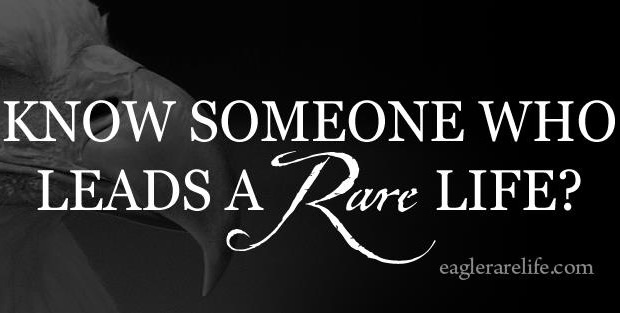 Nominations due September 22nd for six categories of extraordinary citizens.

Eagle Rare Kentucky Straight Bourbon Whiskey is proud to announce the eighth annual Rare Life Award. Established in 2011, the Rare Life Award celebrates those who lead a rare life, demonstrating courage, leadership, survival, devotion, character and heroism. Hundreds of nominations are submitted annually, each with a unique story that exemplifies these six qualities.

This year’s handpicked panel of judges includes of Philip Rhodes (of Garden and Gun), Harlen Wheatley (Master Distiller of Buffalo Trace), past winners of the award, and more. Each year, Eagle Rare donates $50,000 to the charity chosen by the Grand Prize winner, and $5,000 to the charities chosen by the winner of each of the six categories. If you’d like to nominate an individual who exemplifies one of these categories, click here!

Nominations due Sept. 22nd, and a list of current nominees can be viewed here. The public is able to vote on deserving nominees until December 5th, at which point the top ten overall and the top five in each category will be under consideration by the judges for the $50,000 and $5000 dollar prizes. The announcement of the winners will take place in early March of 2018, and Eagle Rare will host a Grand Prize celebration for the winner.

To date, Eagle Rare has given $400,000 to 49 different charities. Last year’s winners included archaeologists, educators, an equine rescue, and more, while just a few of this year’s nominees are veteran’s charities, animal shelters, and community gardeners. Nominate for the 2018 Rare Life Award by Sept. 22nd!