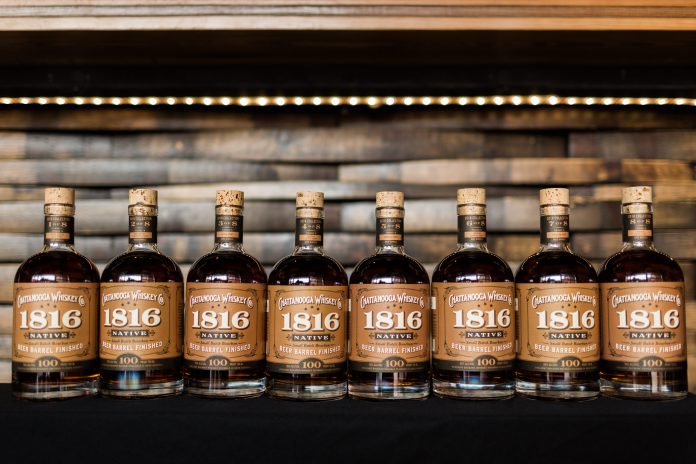 The 2018 Native Whiskey Series is here from Chattanooga Whiskey, and beer (yes, beer) lovers should grab their bottle while they last.

While there are more than a few famous beers finished in whiskey barrels (Goose Island Bourbon County Stout, anyone?), those barrels are generally considered spent after housing first bourbon, then beer. Chattanooga Whiskey has partnered with eight local breweries to give life to those barrels one more time.

First, they use new charred American White Oak barrels to age their Chattanooga 1816 Reserve Bourbon Whiskey. Then, they send them to breweries (seven in Chattanooga and one in Atlanta) to fill with a specialty stout. Once aged to taste, the brewers return the barrels to Chattanooga Whiskey for one final fill of 1816.

Chattanooga Whiskey is celebrating the release this Saturday, November 3rd, with their 2018 Barrel Bash held at their Riverfront Distillery from 11 am – 4pm. The family friendly event will feature all eight beers, bourbons, food trucks, live entertainment, and more. And its all for a good cause – 10% of all proceeds will go to help protect the Tennessee River Gorge.

If you can’t make it to the release in Tennessee, don’t despair. These whiskies will be on shelves in Tennessee and Georgia for $39.99 for a 100 proof, 750 ml bottle.