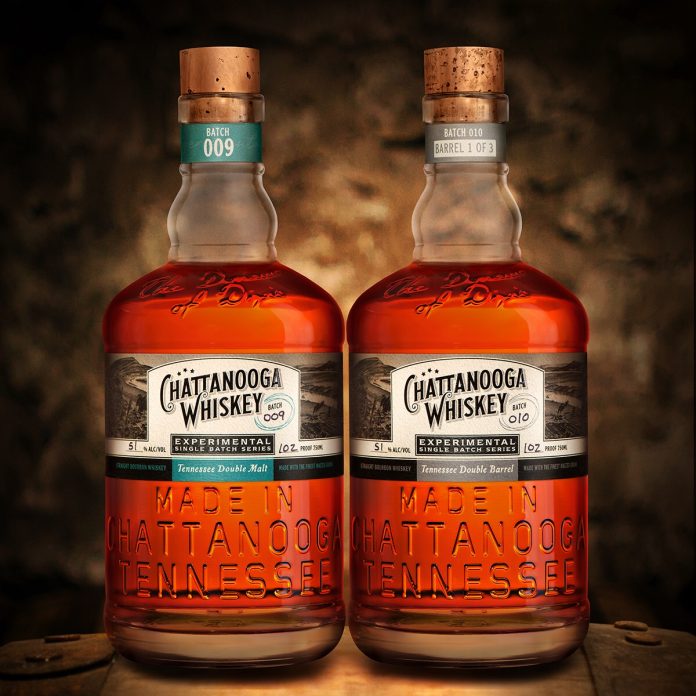 Batch 009: Tennessee Double Malt contains over 55% malted grains – including malted barley, rye, wheat, and a rare floor malted corn. Hand crafted at Valley Malt, the corn was malted in a labor-intensive process of hand turning the germinating grain in open air, on an open tile floor. This process – traditionally reserved for barley – is said to develop flavors in the malted grain that modern methods cannot reproduce. Aged for more than 2 years and bottled at 102 proof with 300 cases produced, Batch 009 will release for distribution in Tennessee, Georgia, Alabama and South Carolina.

Batch 010: Tennessee Double Barrel, is a series of straight Bourbon whiskies finished in 3 different, new, toasted and charred casks. Aged for more than 2 years, the signature Tennessee High Malt was transferred then to 3 different barrels – crafted by Independent Stave – for an additional 6 months of aging. The result is 3 very different Bourbons bottled at 102 proof in extremely limited quantity. Only 130 cases will be released for limited distribution in Tennessee and Georgia only.