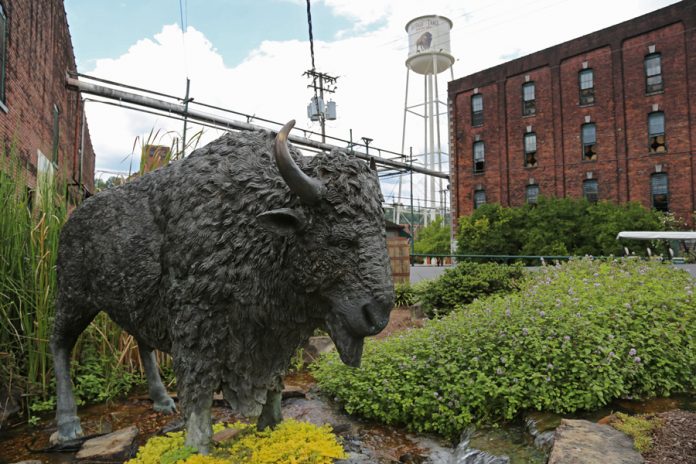 In 2013, Buffalo Trace Distillery looked at its Bourbon inventory, current sales, and 20 year sales projections and determined it had a problem: fans were drinking more Bourbon than the company had predicted. In short, the company was facing a Bourbon shortage.

So it took the next logical steps: put Bourbons most in danger of running out on allocation, warned fans there might be periodic shortages at the liquor stores, increased distillation, added more bottling lines, and hired more employees, including a dedicated position to watch and balance Bourbon inventory. The company thought these steps were the appropriate reaction to the problem, rather than raising prices to slow sales or compromising taste or quality to bottle more by diluting proof, or bottling barrels before they fully matured.

Now, five years later, the Bourbon boom is still booming, Bourbon sales continue to grow in the United States by five percent annually. The number of new brands has exploded as consumers seek more variety. Over 1,500 craft distilleries dot the landscape across America. The craft cocktail scene has arrived and a new Bourbon bar seems to open weekly.

Those national trends are good news for Buffalo Trace Distillery who has more barrels coming of age over the next 12 months. Fans of Buffalo Trace Bourbon will enjoy finding more bottles available in 2018, but the company still suspects it will not be enough to meet demand.

There’s good news on other brands too, like Eagle Rare, W. L. Weller, E. H. Taylor Jr, and Blanton’s Single Barrel, as all of these brands will see more barrels come of age and bottles produced in 2018.

The Distillery will continue to bottle other fan favorites such as Van Winkle, George T. Stagg, Elmer T. Lee and Sazerac Rye as barrels mature, but unfortunately there will be little growth on these brands.

The company expects the majority of its whiskeys will still be on allocation, and will continue Bourbon allocations across the U.S. to ensure each state receives some.

“When I started with the company in 1995, we filled 12,000 barrels a year. Today the growth seems moderate, but when you think about how far we’ve come, it’s actually phenomenal, considering when we’re on track to produce 200,000 barrels this year,” said Harlen Wheatley, master distiller.

All that growth takes capital investment, and Buffalo Trace is in the early stages of spending $1.2 billion over the next 10 years at this National Historic Landmark. Already, two new barrel warehouses are complete with new barrels are being loaded inside. The third is going up rapidly, and the foundation has been started for the fourth. When complete, each of these new warehouses will hold 58,800 barrels of whiskey. The plan is to build one new warehouse every four months for the next several years. Each warehouse cost $7.5 million to build and $21.0 million to fill with barrels.

Each warehouse will be insulated, an industry first, to protect it from the cold Kentucky winters, when Bourbon lies dormant inside a barrel when temperatures drop. Already, Buffalo Trace is one of the few distilleries to steam heat its existing warehouses, now another layer of environmental protection has been added with insulation.

But all those barrels means whiskey production must be increased too, which is why Buffalo Trace is in the process of replacing its boilers (some of which have been in place since the 1950s) and is prepping its site to add a new cooling tower next summer. The cooling tower cools down the water that is used for cooling down the grain after its cooked into mash.

Also next summer, the Distillery plans to add four new cookers, twice the size of the existing cookers. Plus, four new fermenters will be installed. These 92,000 gallons fermenting tanks will be same size as the existing fermenters – the largest in the distilling industry.

As whiskey production capacity increases, the distillery expansion will displace the main bottling operation at Buffalo Trace. So a new bottling hall is being built at a cost of $50.0 million which will improve efficiency, flexibility and overall quality. The move is expected to be complete by the end of 2018.

Buffalo Trace Distillery would like to stress that while the Bourbon shortages are prevalent on all of its brands, they speak only for themselves, not for the entire Bourbon industry.

Although Buffalo Trace is moving forward aggressively with expansion plans, allocations will continue, with no foreseeable end in sight. Buffalo Trace Distillery would like to thank its customers for their continued support and to ask them to remain patient asthey endeavor to make more Bourbon. Unfortunately, you can’t cheat Father Time when making good Bourbon!