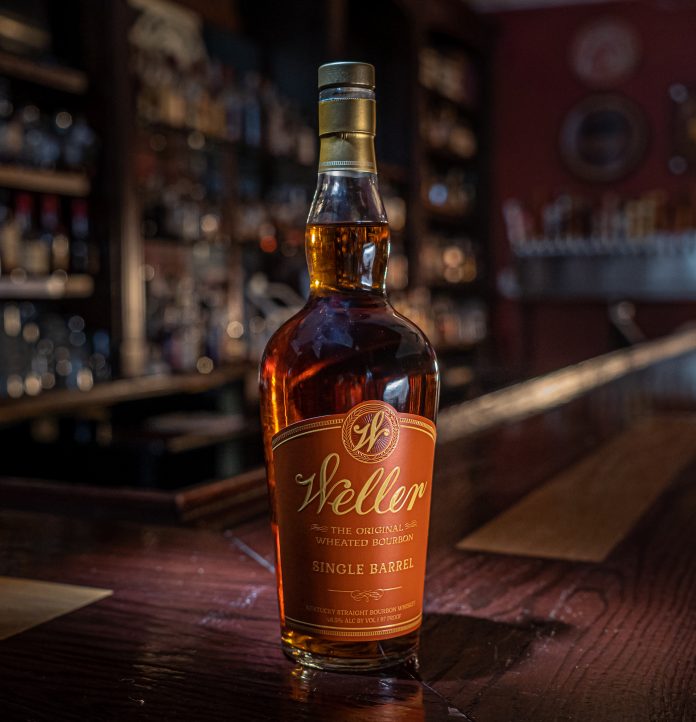 Although a label for the new branch of the family tree appeared late last year on the TTB, it’s never a sure thing when – or if – labels approved by the governing body will ever come to fruition.
Now, the distillery has announced that we can expect to see the new label this summer – and ever summer for the foreseeable future.

“Many of our Weller fans have been asking for a single barrel bourbon for quite a while, and we’ve planned for this addition for a number of years, so we’re excited to be able to make this happen, said Joshua Steely, marketing manager, bourbon. “Our rye bourbon mash bill has a variety of options, like Buffalo Trace, Eagle Rare, Stagg Jr. George T. Stagg and E.H. Taylor, Jr. bourbons, so it’s nice to be able to offer some variety in our wheated bourbon mash bill as well.”

The new Weller will come bottled at 97 proof, a middle point between the traditional green label Special Reserve at 90 and the hotter red label Antique at 107.

Tasting notes from Buffalo Trace describe the new expression as having “a nose of cherry and mint, fading to vanilla.  Caramel and baking spices with hints of cocoa explode on the palate, with a finish of cinnamon, coffee, and a hint of pepper.”

The new Weller Single Barrel will begin appearing next month for a suggested retail price of around $50. Like Full Proof, CYPB, and now 107, it will have a cork topper with gold foil. June will be quite the busy for Buffalo Trace Distillery as it also marks the debut of the highly anticipated E.H. Taylor 18 Year-Old-Marriage, a blend of all three of BT’s famous mash bills. Happy Hunting!