Home Food and Drinks The Boulevardier : History and Happenings 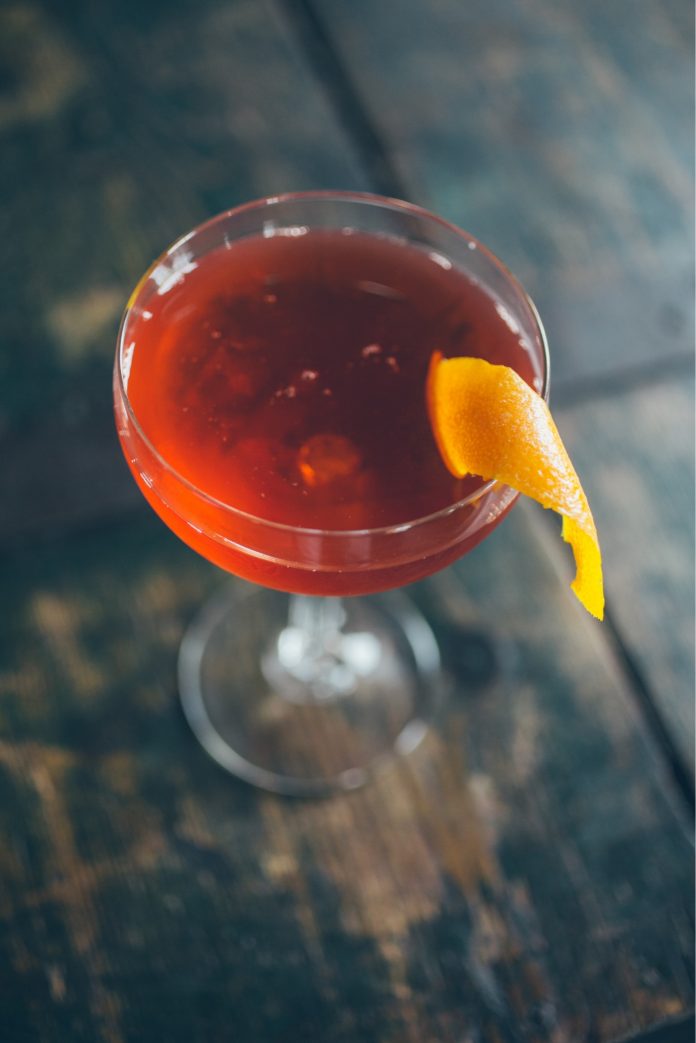 For the first week of June, our gin-loving friends are celebrating Negroni Week, but you know we can’t quit our Bourbon. The classic cocktail known as the Boulevardier is Bourbon’s answer to the Negroni – a blend of Campari, sweet vermouth, and your favorite whiskey. But don’t confuse the two – “This isn’t a Negroni,” says Paul Clark of Serious Eats. “It is, however, the Negroni’s long-long autumnal cousin.”

So what better way for a Bourbon lover to celebrate Negroni Week than with this savory sipper? The Boulevardier was first invented during Prohibition and was known as the signature drink of writer Erskine Gwynne. Gwynne, a writer, left America for Paris in the 1920’s and became the editor of a monthly publication called (what else?) The Boulevardier.

The earliest recipe for the drink is found as a footnote in Barflies and Cocktails by Harry McElhone. Another American who made the move to Europe, the former head bartender of the Plaza hotel wrote Barflies and Cocktails to list more than 300 cocktail recipes as a means of preservation during Prohibition. The Boulevardier doesn’t make the cutoff for a formal recipe, but does appear in the epilogue that covers memorable barflies.

“Now is the time for all good barflies to come to the aid of the party, since Erskine Gwynne crashed in with his Boulevardier Cocktail: 1/3 Campari, 1/3 Italian Vermouth, 1/3 Bourbon whisky,” writes McElhone.

The original recipe is a perfect balance, but many bartenders add their own touch – an extra ounce of whiskey, a blend of different Vermouth varieties, or a lemon twist as opposed to the orange.

Bob Eidson, publisher of the Bourbon Review and proprietor Belle’s Cocktail Lounge in Lexington, Kentucky, tried a barrel-aged version with Buffalo Trace as a nod to Kentucky’s Bourbon heritage. “We enjoyed bringing back this Barrel Aged interpretation. It was a hit with the #KY225 event last summer, celebrating KY’s 225th anniversary. Last year’s ‘Negroni Week’ had just passed, and we were looking for an iconic cocktail to set back in our 5-liter barrels; so we turned to the Boulevardier,” says Eidson. “It was a little risky, because a barrel can ‘round out’ a cocktail, thus softening the distinctive flavor profile which is synonymous with the Boulevardier. But it simply tasted amazing, even if the distinctive profile was softened by the barrel.”

Whatever the variation may be, the Boulevardier is one of the oldest and best ways to mix your Bourbon. Get your mini barrel today and try one yourself!