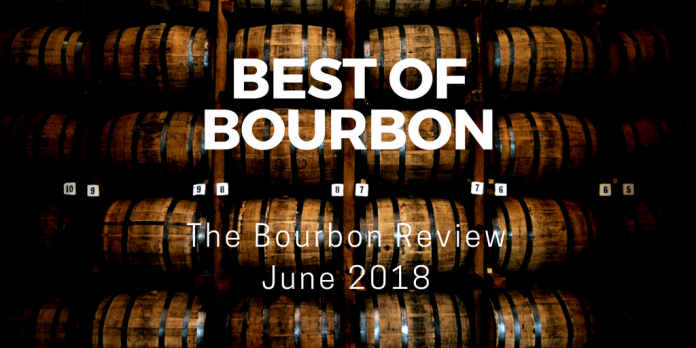 June had some amazing news for Bourbon lovers – special bottlings, limited edition releases, and an ease on allocations out of Buffalo Trace mean there’s plenty to celebrate this summer. Read on to see our top six stories of the month!

1. Our most read story of the month was no surprise, cause Buffalo Trace has great news for a few of their sought after brands. Big expansion at the distillery means big shipments heading to our favorite bottle shops and watering holes – click the link for the full story!

2. Coming in at second place, Old Forester is going back to its roots with their release of President’s Choice. A single barrel bottle available at their newly opened distillery in downtown Louisville, President’s Choice is handpicked by Campbell Brown, the fifth generation Brown at the helm of the brand. Click the link for pricing and arrival dates!

3. Our third most clicked article is a very special limited edition release out of Wild Turkey – Russell’s Reserve 2002. The first barrel proof and non-chill filtered release from the brand is a celebration of 101 years of combined distilling experience from father-son team Jimmy and Eddie Russell. Click the link for more information!

4. The King comes home – only to Kentucky. Another brand revival from Brown Forman, King of Kentucky will only be available in its namesake state. This 14 year old Kentucky Straight Bourbon will only have 1000 bottles in its initial release, but expect more in years to come. Click the link to find out where to get yours!

King of Kentucky Bourbon to Hit Shelves This Month

5. Wild Turkey takes a second spot on the list with the release of their Sherry Cask Finished Master’s Keep Revival. This blend of 12-15 year old Bourbons has been Finished in 20-year old Oloroso Sherry Casks. Inspired by a release distilled and blended by Jimmy Russell in the early 2000’s, this release  “revives” his ideas with guidance from his son Eddie. Click the link to learn more!

6. Michter’s has announced the annual release of their 10-Year Single Barrel Rye. Master Distiller Pamela Heilmann and Master of Maturation Andrea Wilson selected the barrels for this release from stocks of their aging whiskey as they simultaneously work on distillery expansions in two new sites in Kentucky. Click the link for more about this special bottle!