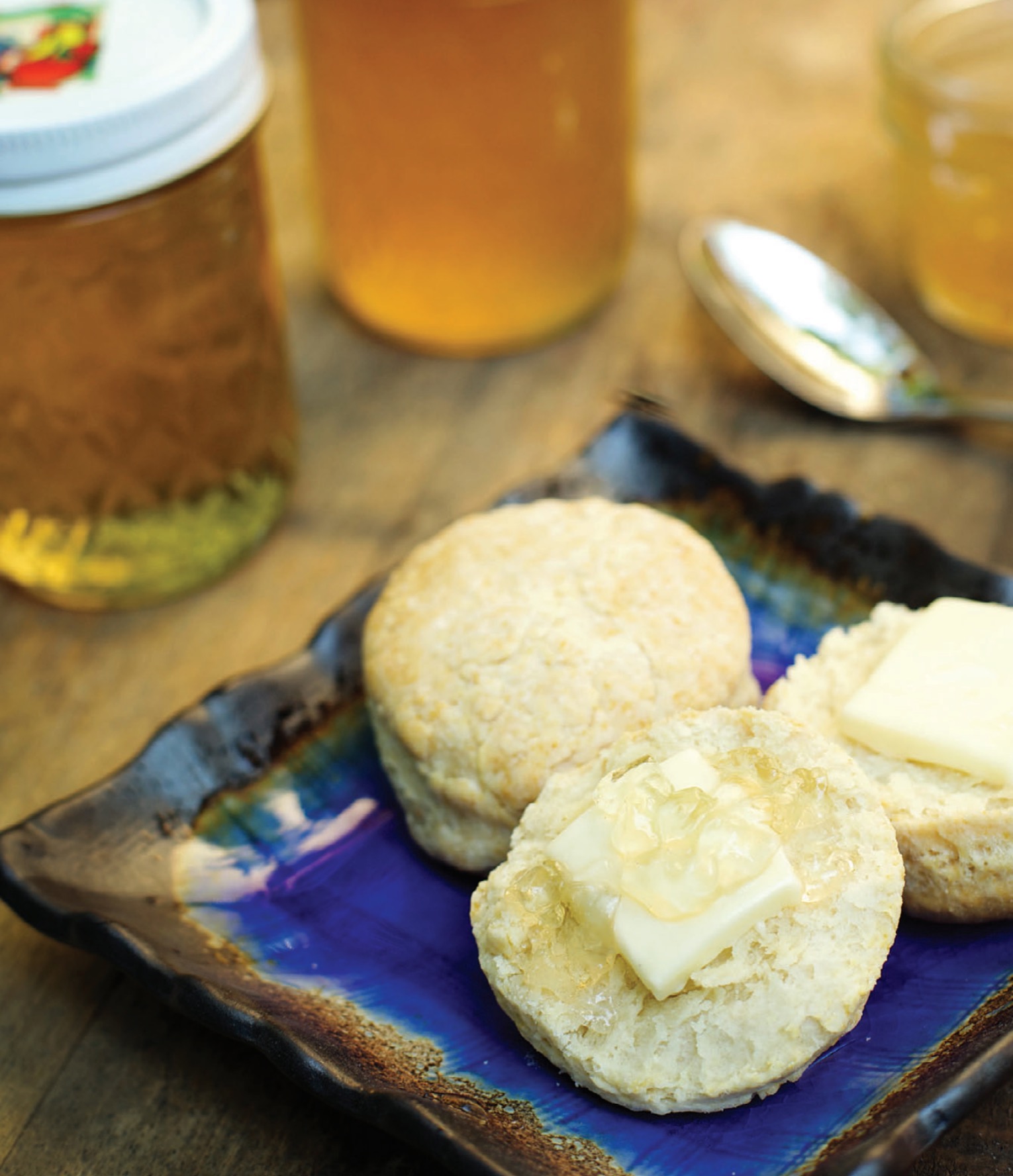 From The Kentucky Bourbon Cookbook, by Albert W. A. Schmid

When Bourbon (or any other distilled spirit) comes off the still, it is as clear as water. The color and flavor of bourbon develop as it ages in a burned or toasted oak barrel. During the aging process, some of the Bourbon is lost to evaporation, and this evaporated alcohol is called the “Angel’s Share” by the distilling and wine-making industry. As the biscuit bakes, the alcohol evaporates to the angels, but the bourbon flavor stays behind in the biscuit. In the United States a biscuit is a roll made with chemical leavening such as baking soda or baking powder. An Angel Biscuit is a biscuit made with yeast and/or the chemical leavening. An Angel Biscuit is half biscuit, half roll. These Angel Biscuits made with Bourbon can be served with most meals. 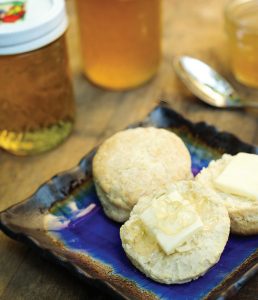 Preheat the oven to 400 degrees. Mix the warm water and honey together and dissolve the yeast in the water-honey mixture. In a separate bowl, mix the flour, baking soda, baking powder, and salt. Add the butter and shortening and mix with a pastry blender until the mixture resembles fine cornmeal. Mix the buttermilk and Bourbon with the yeast mixture; add these ingredients to the flour mixture.

Combine lightly until the ingredients are just mixed together. Grease a baking pan and drop mounds of dough onto it. Bake for 10 minutes or until golden brown.