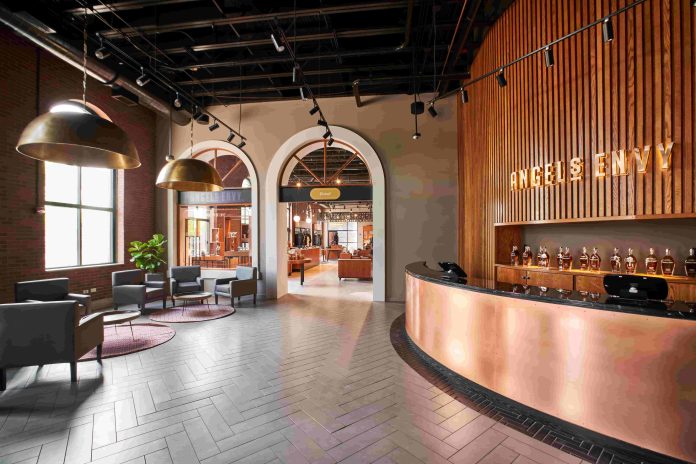 Angel’s Envy opened the doors to its striking new distillery in downtown Louisville, KY in November 2016. It was the first full-production whiskey distillery in downtown Louisville. In 2020, AE began a major expansion at the distillery. Now, they are close to unveiling the $8.2M endeavor. Plans are set to have the newest renovations open mid June 2022. Here’s a snapshot of what to expect!