How far could you make it in Kentucky without your wallet or car keys? Comedian Adam Carolla spent last weekend on a crash course in bourbon, attempting to make his way through Bourbon Country with nothing but a few cases of Bulleit Bourbon. His new show ‘Bourbon Barter’ on Spirits Network took him to a special stop for a tasting at Justins’ House of Bourbon, where he sat down with The Bourbon Review to talk about his trip so far.

The podcast host admitted he didn’t have much experience with whiskey prior to last week. He liked a Bulleit Rye once in a while, but for most of his adult life was a self-proclaimed “beer and wine guy.” An appointment with a nutritionist sent him towards spirits – for health purposes, he claimed.

“‘With beer, you get a beer belly,'” Carolla remembered the doctor saying. “‘You ever heard of a rye belly, or a whiskey belly?’ So that night I poured a glass of bourbon.”

With only that experience under his belt, he was invited by The Spirits Network on an interesting mission for ‘Bourbon Barter.’ The show sent Adam to Kentucky with no car keys or wallet, only bourbon, that he traded for food, transportation, shelter, and most importantly, unique Bourbon Country experiences, covering 180 miles in just three days.

His route took him from Louisville to Lexington to Bardstown, before heading back to Louisville just in time to take the stage Sunday at the Bourbon and Beyond festival. Along the way, he stayed at horse farms, ate barbecue, hosted live podcasts all over Bourbon Country, and of course, drank plenty of whiskey. One early stop took him to a private tour at Bulleit Distilling Co. in Shelbyville, where he was able to learn more about the brand behind his favorite pour.

“The rye is good, the bourbon’s good – we did a tasting, a sampling, a pairing, everything with -ing, but I think it was the 10-Year Bourbon that I seemed to like the most,” he says of his experience. “And then they had some secret rye they had kept that was like 20 years old or something, and they gave me a little [pour] of that. But I don’t think you can find it at the Trader Joes,” he warned.

On Day Two of his trip, he found himself on a scooter ride to Justins’ House of Bourbon in downtown Lexington. It’s home to the largest collection of vintage bourbon for sale in the world, with bottles that date from before Prohibition to today. There, Carolla sat down in the secret speakeasy with owner Justin Sloan to taste through some rare Diageo offerings.

“I got to try the Old Blowhard, the Forged Oak, the Bulleit 12-Year Rye, the 22-Year Blade & Bow, and a sample of [24-year Blade & Bow] that came from a barrel that sold for $96,000 at Christies,” Carolla said of his tasting at the House of Bourbon. “So that was a unique experience… And it’s all different, but it’s all good.” 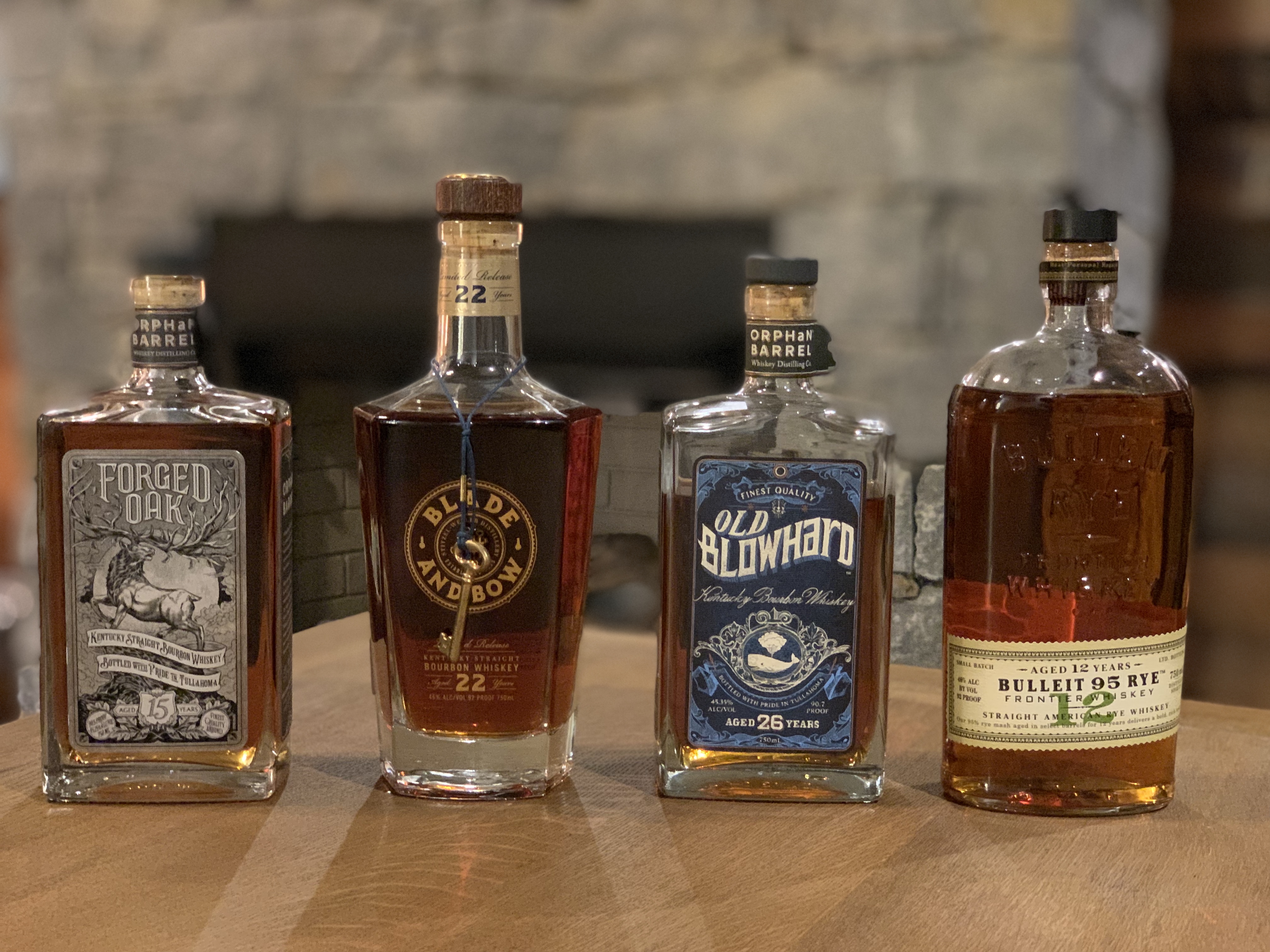 Carolla confessed he doesn’t have the trained palate to tell the difference between readily available pours and unicorn sips like the 24-year Blade & Bow distilled at Stitzel-Weller. With a final yield of only 34 bottles of single barrel bourbon, this was one of the rarest whiskeys he tried on his trip. All 34 bottles and the barrel sold in 2016 for close to six figures, but Carolla claimed he enjoyed it just as much as a bottle of Bulleit 12-Year Rye.

“The biggest difference is, I’m buying the $50 bottle and someone else is offering me a sample from the $96,000 barrel” he quipped. “You know, I don’t know how much of it is psychological and how much of it is the actual physical taste or sensation of it, my palate is not so refined that I can sit here and lie to you and tell you that I can taste every penny… cause I just don’t think I’m that good.”

After his tasting, Carolla looked back over his trades on the Bourbon Trail for other deals where he felt he came out on top. “I got to go drive around in a Lamborghini Murcielago, which I enjoy, so that was a good deal for me,” noted the luxury car fan.

It’s not all bourbon, barbecue, and fast cars and horses here in the Bluegrass, though. Carolla admitted he was dismayed that one of the legs of his trip had to be taken by tractor when that’s all his bourbon could buy during one stop at a farm.

He was joking (we hope), because Carolla claimed he felt at very welcome on the Kentucky Bourbon Trail. “I’m from L.A. so whatever this is,” he said, gesturing around, “none of it is there. The people are nicer, the scenery is nicer, the drives are nicer,” he says. “Kind of nice to get a few days off from L.A.”

The California native saw interesting comparisons between his home state’s Wine Country and his trip to Bourbon Country.

“I was surprised that everything they do with wine worked,” he said of his culinary pairing at Bulleit. “The cheese and the grapes and the melon and the nuts and cured meats and everything like that – the stuff they put out was what I’d seen put out when they did a wine [tasting].”

“I was struck by how many similarities there were between sort of the two… I didn’t really understand the whiskey pairing and tasting. I just sort of thought you do a shot of whiskey and then you do another shot of whiskey. I didn’t really get the sort of nuance until now,” explained Carolla. “[Wine Country] is a little more hoity-toity, and a little less folksy… Mainly just seeing folks and traveling has been the highlight of this trip.”

“It was good to have Adam in Lexington and for him to see what Kentucky is all about – the people the whiskey,” said Sloan. “He had the opportunity to meet a lot of cool Kentuckians during his trip and it was honor to have him at the shop to taste through some great whiskey from the Diageo portfolio. We look forward to seeing the episode on Spirits Network.”

Episodes of ‘Bourbon Barter’ are available for streaming now on Spirits Network. Try Spirits Network for just $1 for first month by heading to www.spiritsnetwork.com with code BBAdam30 at checkout.