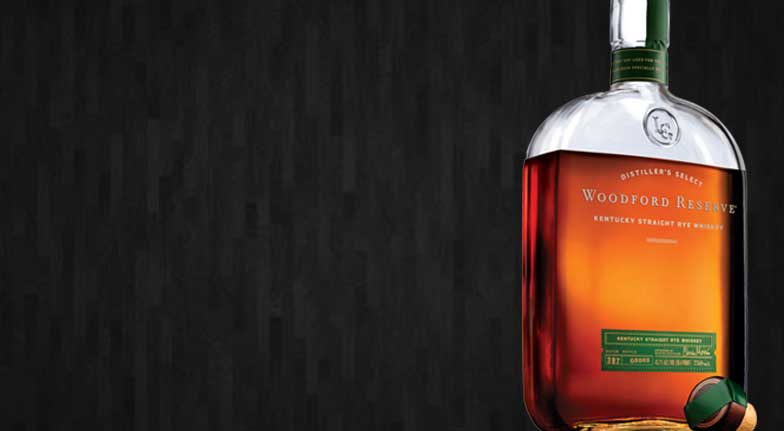 January 21, 2015, Louisville, KY—Woodford Reserve today announces the release of its latest permanent product extension, Woodford Reserve Kentucky Straight Rye Whiskey, which will be available for purchase in select markets throughout the country beginning in February. The latest release showcases the company’s ongoing commitment to both whiskey lovers and innovation within the industry.

Since 2006, Master Distiller Chris Morris has been hard at work crafting a rye that’s worthy of the Woodford Reserve name. Because of the consistency of the mash, rye is notoriously more difficult to craft than a traditional bourbon, requiring more attention to detail throughout production, leaving the bulk of production to only the most experienced Master Distillers.

“One of the primary reasons behind Woodford’s growth into the number one selling ultra-premium[i] bourbon in America is because of our commitment to flavor, and that’s something that’s engrained in everything we do” said Morris, “Not only does it affect how I approach bourbon production personally, it’s the lens through which we view the future of Woodford Reserve, and I couldn’t think of a liquid that better embodies that than the rye.”

“As a brand, one of the things we’re most proud of is the passion and commitment that our fans have, both for Woodford Reserve, whiskey and bourbon in general. For us, releasing a rye is a chance to give back to these consumers” said Woodford Reserve Brand Director Jason Kempf, “Time and time again, we kept hearing requests for a rye. Woodford Reserve has always maintained a commitment to the spirit of innovation, and the rye is no exception. We’re excited to give our fans something they’ve been so vocal about for so many years, and that is finally ready to share with them.”

Woodford Reserve Rye is produced with the same heritage and tradition that surrounds the site of the iconic Woodford Reserve Distillery in Versailles, Kentucky. As early as the mid-1800s, the site has been the location for visionary distilling practices, an attitude that Oscar Pepper and Master Distiller James Crow, the first people to distill at this location, fully embraced. Together, they perfected several whiskey production processes that continue to be used throughout the industry and have since become synonymous with great whiskey. Today, the Woodford Reserve Distillery is visited by more than 130,000 visitors each year.

Woodford Reserve Rye will be available in February 2015, with an MSRP of $37.99 for a 750ml and in select markets, including: California, Colorado, District of Columbia, Georgia, Illinois, Kentucky, Louisiana, Massachusetts, New York (Metro and Upstate), New Jersey, Oregon, Pennsylvania, Texas, Virginia and Washington.

Aroma: Spicy with distinct notes of rye, black pepper, cedar and cassia bark sweetened with a dusting of marzipan. Hints of pear, apple and almond dance in its depths.

Flavor: Clove, rye, mint and honey mingle together with hints of apple and malt.