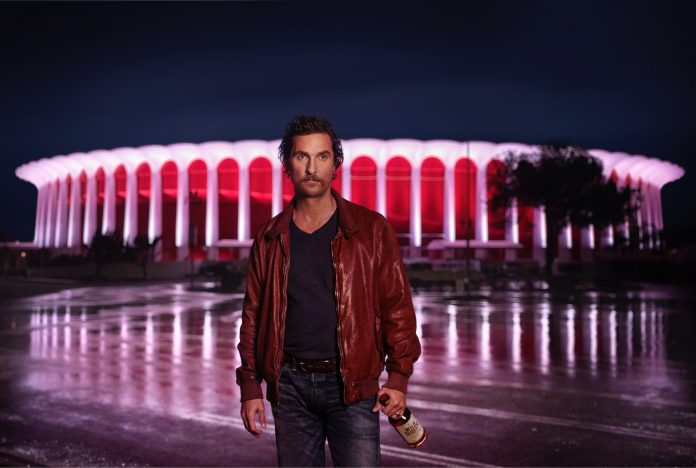 Matthew McConaughey is back at the helm of Wild Turkey Bourbon’s advertising, ready to testify in his newest creative effort for the liquor. Wild Turkey has unveiled its second television commercial directed by and starring the Academy Award-winning actor, created in partnership with J. Walter Thompson New York.

The commercial is a continuation of the brand’s global marketing campaign titled “It’ll Find You.” Wild Turkey tapped McConaughey to serve as Creative Director in 2016, and he has since helped reintroduce the world to the all-American brand. As reported in Gruppo Campari’s 2017 first half results, the Wild Turkey portfolio has grown globally by 14.6%, driven in part by the success of this campaign. The new commercial can be viewed here. 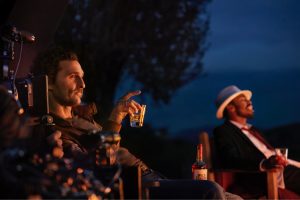 The new television spot follows McConaughey as he strolls down a lively cobblestone street with a bottle of Wild Turkey Bourbon in hand. He exits a music arena, walks past a bustling club full of people dancing, and continues along past vibrant city nightlife. At every turn he hears a familiar song. Finally, he comes to two chairs in front of a fire, at a vantage point overlooking the city lights, and there beside him sits Davie, the musician whose song “Testify” has been playing along McConaughey’s journey. He opens the bottle, pours two glasses of Wild Turkey Bourbon to toast with Davie who is still performing his music his way, for himself, never compromising. In the end, the commercial demonstrates that real fulfillment is something that will find you when you remain true to yourself. Throughout the spot, McConaughey narrates: “We didn’t set out to make a hit, we just sang our song. Real bourbon, no apologies. Wild Turkey. It’ll find you.”

“This new TV spot demonstrates the cool ease and authenticity of this brand,” said McConaughey. “I met Wild Turkey’s Master Distillers Jimmy and Eddie Russell years ago, and I immediately knew something was special about this brand – they’re not afraid to do things the right way, even if that’s not the easiest way, never changing the formula to follow consumer trends. And if you live your life with the same principles, Wild Turkey will find you.”

Wild Turkey found McConaughey a few years ago upon his first visit to the Kentucky distillery where he was introduced to the Russells, the Kentucky Bourbon Hall of Fame father and son Master Distiller team who have worked at the Wild Turkey Distillery for nearly 100 years collectively. Intrigued by the multi-generational family behind the Bourbon, McConaughey discovered Wild Turkey’s faithful devotion to distilling Bourbon the right, unapologetic way.

“Bringing Matthew into the Wild Turkey family was the best decision we could have made,” said Bob Kunze-Concewitz, CEO at Gruppo Campari, owner of Wild Turkey. “He embodies the spirit of the brand and has introduced millions to the unwavering pride and quality of Wild Turkey. We think this new ad is a great visualization of the Wild Turkey spirit.”

The television spot will begin running worldwide in September, and is part of a global broadcast, print, and digital campaign, and was shot on location in Southern California with support from RSA Films.