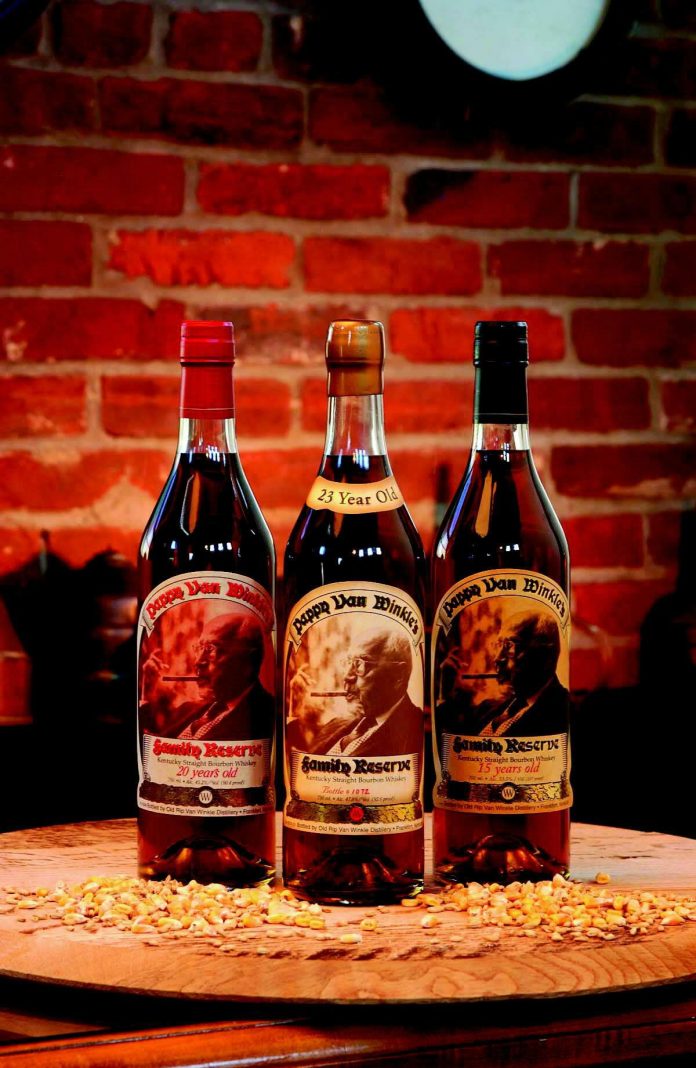 Bourbon fans don’t have to wait much longer – the annual release of the Van Winkle Bourbons is near.  Yields are a bit higher for the 10, 15 and 23 year old whiskies, but the 13-Year-Old Van Winkle Reserve Rye will not be released this year.

“We have a one year gap in barrel inventory for the Van Winkle Rye. Our current barrels are 12 years old. So rather than compromise on quality or remove the age statement, we decided it would be best to hold off this year and bottle them next year as the 13 Year Old Rye Whiskey fans have come to expect,” said Kris Comstock, senior marketing director.

Known for their smoother and sweeter flavor due to their wheat recipe vs. a traditional rye recipe found in most Bourbons, Van Winkle Bourbons are aged years longer than most others and have a reputation with whiskey drinkers everywhere.  Although the Bourbons have become increasingly popular worldwide in recent years, very little is sold overseas, so that most of these coveted bottles are available in the United States.

“Unfortunately we do not control the pricing retailers charge, so many retailers mark it up, even though we ask them not to,” said Julian Van Winkle, president, Old Rip Van Winkle Distillery. “We have not raised prices and do not intend to do so drastically in the future. We are committed to our quality and our pricing and hope retailers will honor what we suggest as retail pricing.”

Upon release of the Van Winkle Bourbon this fall, Buffalo Trace warns consumers to be wary of online resellers such as Craigslist and other online marketplaces, especially private Facebook groups. “Some bottles they are selling might be counterfeit, filled with lesser whiskey, or worse, something that’s not even whiskey and potentially dangerous,” added Comstock. “At the bare minimum, it’s illegal to buy and resell whiskey if you are not a licensed retailer, and we’re not afraid to take action if we find out.”

The Van Winkle Whiskeys will be available starting in November, but supply is quite limited and bottles will be hard to find in stores, bars and restaurants. They will be packed three bottles per case.