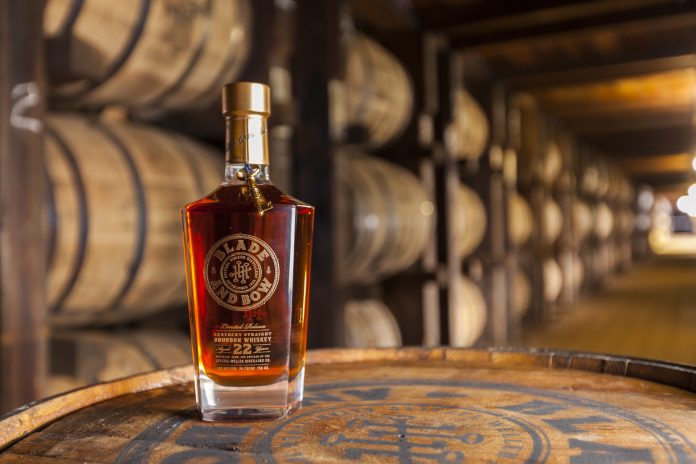 This month, an extremely limited supply of Blade and Bow Kentucky Straight Bourbon Whiskey 22-Year-Old will be re-released.

The re-release of Blade and Bow 22-Year-Old honors the 83rd anniversary of the opening of Stitzel-Weller Distillery, which holds a place in the halls of whiskey history.

Bottled at 92 proof and available at an MSRP of $250, each bottle will be packaged wrapped with one of five different gold keys. Each key represents one of the five keys of distilling found at Stitzel-Weller Distillery – grains, yeast, fermentation, distillation, and aging.

This 22-year Bourbon has been released twice before, once in 2015 and once last year. Bottles can be found on the shelf this month in Kentucky, New York, Illinois, California, Texas, Colorado, South Carolina, Georgia, Louisiana, Washington, D.C., Tennessee, North Carolina, Virginia, Oregon, and at the Stitzel-Weller Distillery.