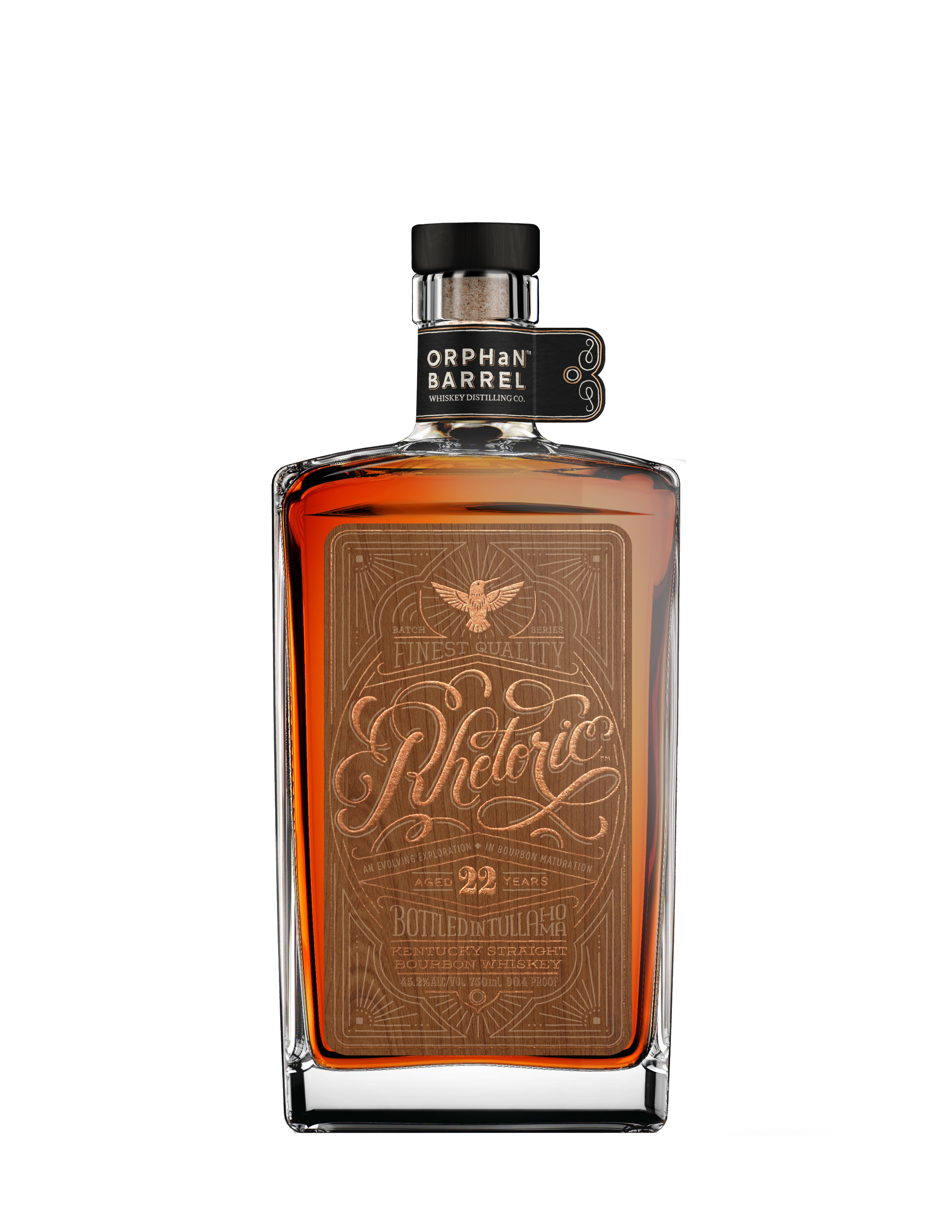 The popular Orphan Barrel brand from Diageo will have another release this summer, with the 22-year-aged Rhetoric hitting the market.  This will be the eighth overall release and the third in the Rhetoric series.

Diageo acquired the stocks for this whiskey, around the time they purchased the Stitzel-Weller Distillery in the early 90’s.  The Bourbon inside the Rhetoric releases were actually made at the Bernheim Distillery that was located in Louisville as well, between 1990 and 1993.  The also disclose that the mashbill is 86% corn, 8% barley and 6% rye.

This 22-year-old version of Rhetoric follows up the 21 and 20-year-old versions that were previously released.  The Orphan Barrel team is hoping that subtle differences in taste and profile can be discovered between the different vintages by consumers who have all three versions.