Home Events Rare and Vintage Whiskeys are Up for Auction at The Speed Art...

Rare and vintage whiskeys are hitting the auction block at The Speed Art Museum on September 19th at their “Art of Bourbon” auction in Louisville, Kentucky – and luckily for bourbon lovers around the world, online bidders are welcome to participate.

The “Art of Bourbon” Auction will see famous bourbons like the Pappy Van Winkle line and rare new releases like the Woodford Reserve Baccarat bottle up for bid. There will also be dozens of lots of modern favorites, like one lot of hard to find bottles from Buffalo Trace distilleries (such as Weller and E.H. Taylor), a full line of Angel’s Envy Cask Strength releases from 2013 to 2018, and a bottle of 2008 Old Forester Birthday Bourbon that could fetch $2500 at the auction.

“It’s funny and, in this case, exciting what we find tucked away in our closets. Uncovering this 2008 Old Forester Birthday Bourbon was a bit of a happy surprise. We’re thrilled it will be part of the Speed auction this year,” said Campbell Brown, president and managing director of Old Forester, and a fifth generation descendent of company founder George Garvin Brown.

Several bottles, like one 1942 T.W. Samuels, are not simply delicious drinkers, but true pieces of whiskey history. The oldest, a bottle of Old Overholt Rye bottled in 1909, is expected to fetch $15,000.

And of course, there will be Pappy. The museum touts a lot of five bottles from the impossible to find Van Winkle Line as “the bourbon billionaires can’t buy.” The bottles, part of Julian Van Winkle III’s private collection, could raise $15,000. Three individual signed bottles are also going to be up for grabs.

“Of course we’re going to donate to the Speed. It’s our way of stepping-up and contributing to a worthwhile cause and I can’t think of a better reason to share Pappy,” said Van Winkle. 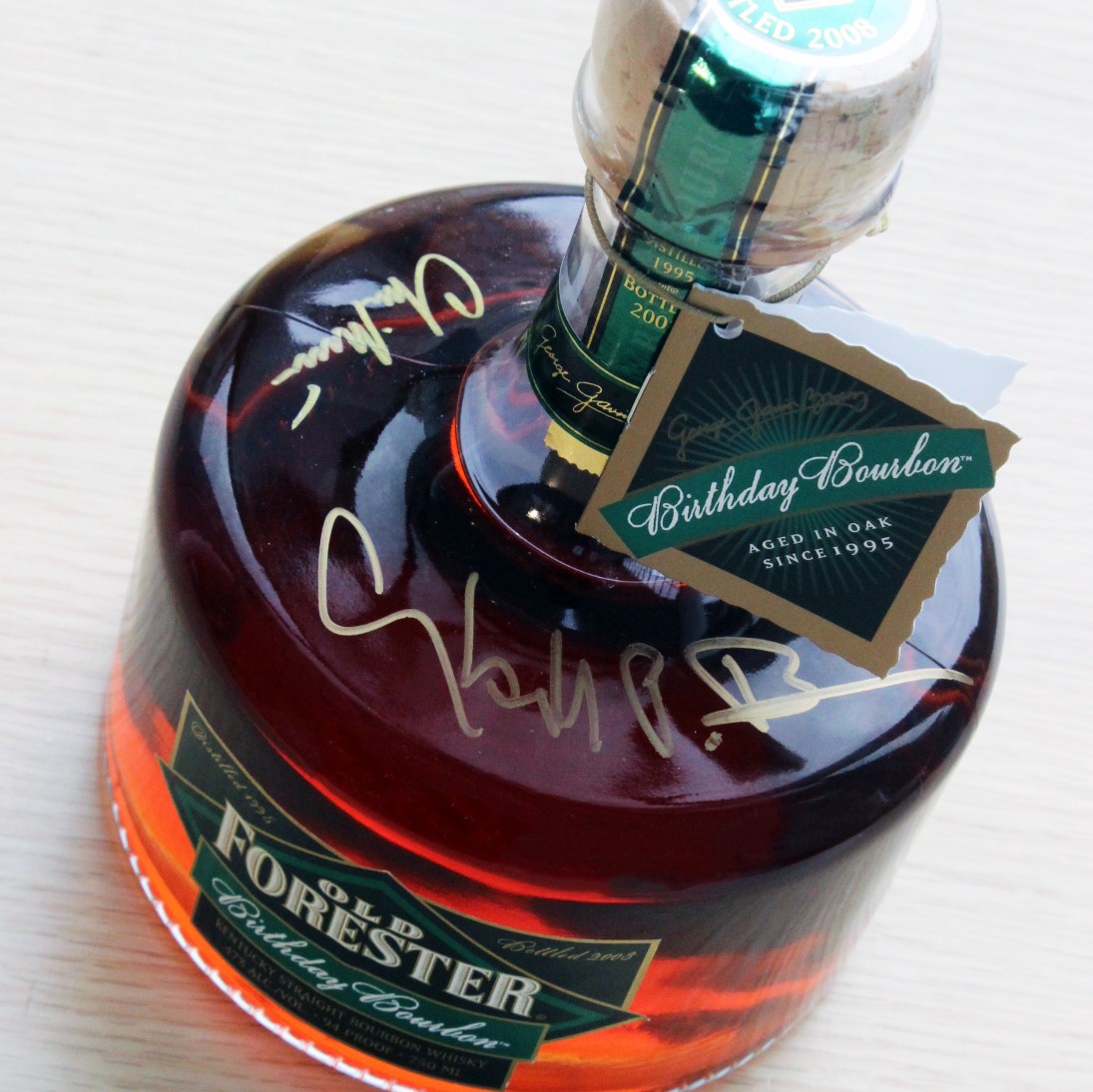 “The Speed Art Museum, Kentucky’s largest and oldest art museum, is proud to have launched the premier, national nonprofit bourbon auction,” said Museum Director Stephen Reily. “For one night only, the Speed will rival the nation’s best bourbon bars so that all year long we can share the best art in the world with all of the people of Kentucky.”

The event, which takes place at the Speed Art Museum, will also feature a cocktail hour, bourbon tastings, and a Kentucky Bourbon and bison seated dinner. The auction will be emceed by Bill Menish, with proceeds going to support the art and education programs at the museum.

The Art of Bourbon is partnered with Bourbon and Beyond, a Louisville music and bourbon festival taking place September 20-22. The full catalog and bidder portal are available here to bourbon fans around the world.