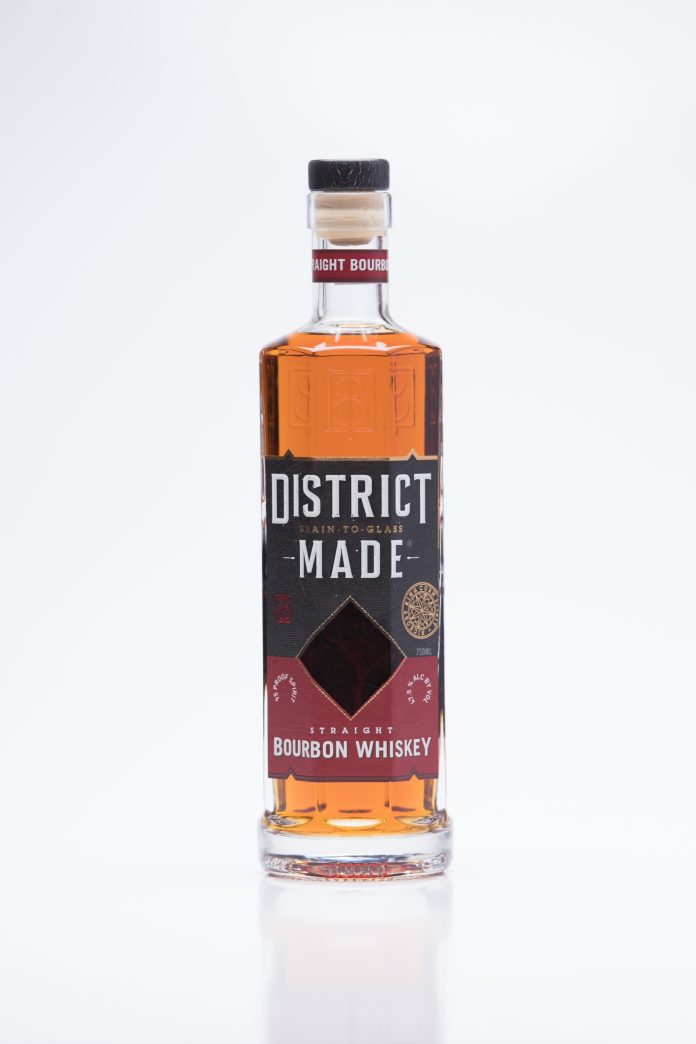 One Eight Distilling, a craft distillery in Washington, DC, has unveiled their newly redesigned “District Made” spirits portfolio. As part of One Eight’s evolution with this new branding, created in collaboration with Thoroughbred Spirits Group, the distillery is pleased to announce their partnership with leading North American beverage distributor, Breakthru Beverage Group. This relationship will expand One Eight’s availability in the DC and Maryland markets with additional growth in the Mid-Atlantic in the near future.

The bold, industrial District Made design is inspired by the distillery’s sense of pride in Ivy City, it’s neighborhood in northeast Washington. The new packaging features a custom octagonal glass bottle embossed with the distillery’s logo and three stars on each side, referencing the DC flag. The octagonal shape pays homage to the distillery’s namesake, Article One, Section Eight of the United States Constitution; the provision that called for a district to become the nation’s capital.

A dark textured map showing the distillery’s location in Ivy City provides the background of the label with “District Made” emblazoned across the top in an assertive font. A diamond cutout on the front label reveals a gold map of the District on the inside of the bottle. Prominently featured on the back label, the brand statement ‘We are One Eight – We are District Made’ signals a commitment to grain to glass spirits distilled and bottled entirely within the District.

“We’re proud to live and work in Washington, DC so the mission of District Made is to feature local grains in our own recipes to create spirits that uniquely showcase flavors of the Mid-Atlantic region,” says Co-founder and CEO Sandy Wood.