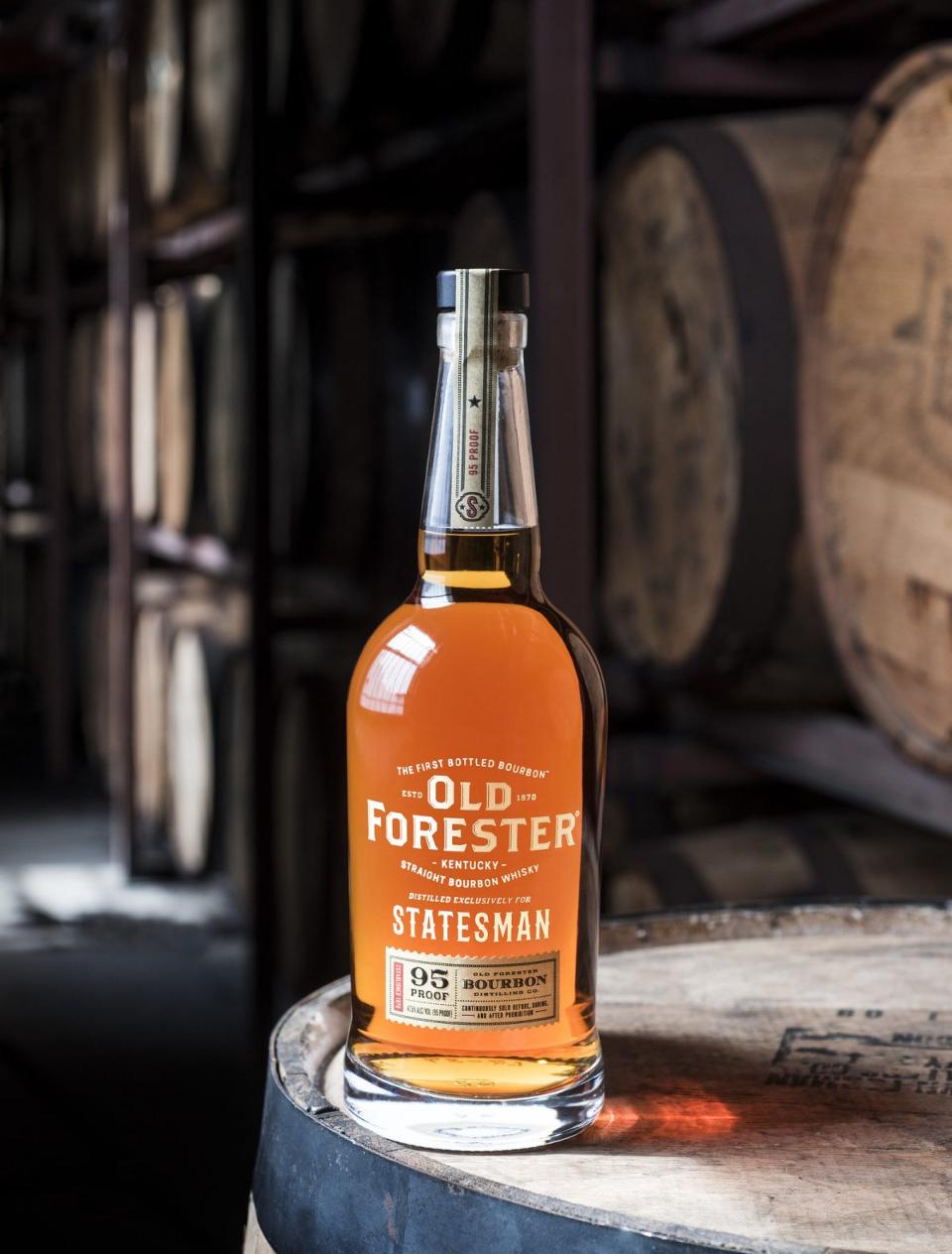 First announced in May as a companion to the second Statesman movie (who’s plot line includes a distillery twist), Old Forester’s Statesman Bourbon will become available for purchase this week on August 1st. The release is not limited or numbered, and will be distilled for the foreseeable future.

The Statesman Bourbon will share its mashbill with Old Forester’s original recipe – 72% corn, 18% rye, and 10% malted barley. However, Old Forester aged their Statesman expression on the highest (and hottest) floor of their warehouse. Rickhouse temperatures can reach 120 degrees during the course of a southern summer, greatly affecting the aging process. While the angel’s share may increase as the Bourbon evaporates more quickly in the heat, what’s left behind will come into greater contact with the warmed and expanded barrel staves, intensifying the flavors. The bottles are composed of a blend from these hot spot barrels, all aged between four and six years.

The new Bourbon will be presented at 95 proof and will be available at a price of $55 for a 750 ml bottle.