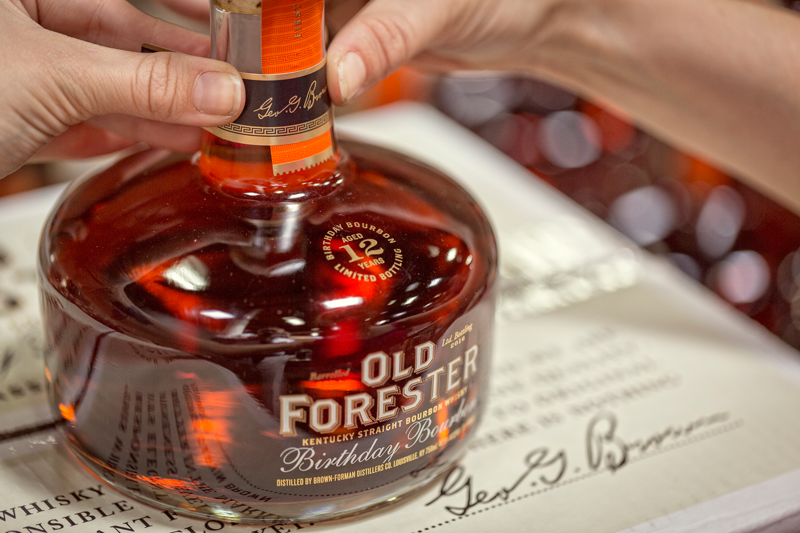 Since 2002, Old Forester has kicked off September, and Bourbon Heritage Month, by honoring the founder of Brown-Forman, George Garvin Brown, by releasing their limited released Birthday Bourbon close to Brown’s birthday, which is September 2nd. This release never lasts long on the shelf and those who wait in line for this year’s release should be very pleased with what Master Distiller Chris Morris has bottled for them.

The Bourbon Review was able to preview the 2016 Birthday Bourbon with other members of the media who focus on the spirits industry, and the vast majority in attendance agreed that this year’s release is something special. Personally, I found the 97 proof, 12-year-old Bourbon to be extremely balanced with rich flavors on the palate at first, and finishing with just enough bite to help extend the finish.
Chris Morris can’t take all the credit for what I expect to be one of the best Bourbons released this year. The 2016 bottling of the Birthday Bourbon, marks the first time Old Forester Master Bourbon Specialist Jackie Zykan’s first involvement with the release since joining the brand in 2015.
“In 2002, when we first introduced Birthday Bourbon, the market for premium Bourbons was almost nonexistent; Birthday Bourbon represented a ‘first’ in this category. But 15 years later, global interest for premium Bourbons and well-crafted whiskeys is at a record high,” explained Master Distiller Chris Morris. “We’re proud to have been a part of this story – not just over the last 15 years, but since George Garvin Brown founded America’s First Bottled Bourbon in 1870.”

Each barrel in the Birthday Bourbon selections annually are drawn from the same day of production, this year’s on June 4, 2004, leading to the ‘vintage-dated’ reference. The 2016 release of 93 barrels uniquely matured together on the 5th floor of Warehouse K at the Brown-Forman Distillery in Louisville, KY. The lot was positioned near a window facing west allowing them to be sun kissed, yielding a deeper oak mouthfeel. This warm location provides this year’s release with a deep, rich, oak forward personality. Old Forester Birthday Bourbon is bottled in a unique decanter style glass as tribute to the late 1800’s when Old Forester was first produced.
The 2016 Old Forester Birthday Bourbon will have a suggested retail price of $79.99. 2,400 (six bottle) cases will be available for purchase nationwide making it the largest quantity of Birthday Bourbon ever bottled. 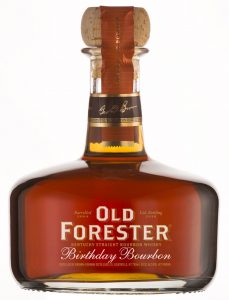