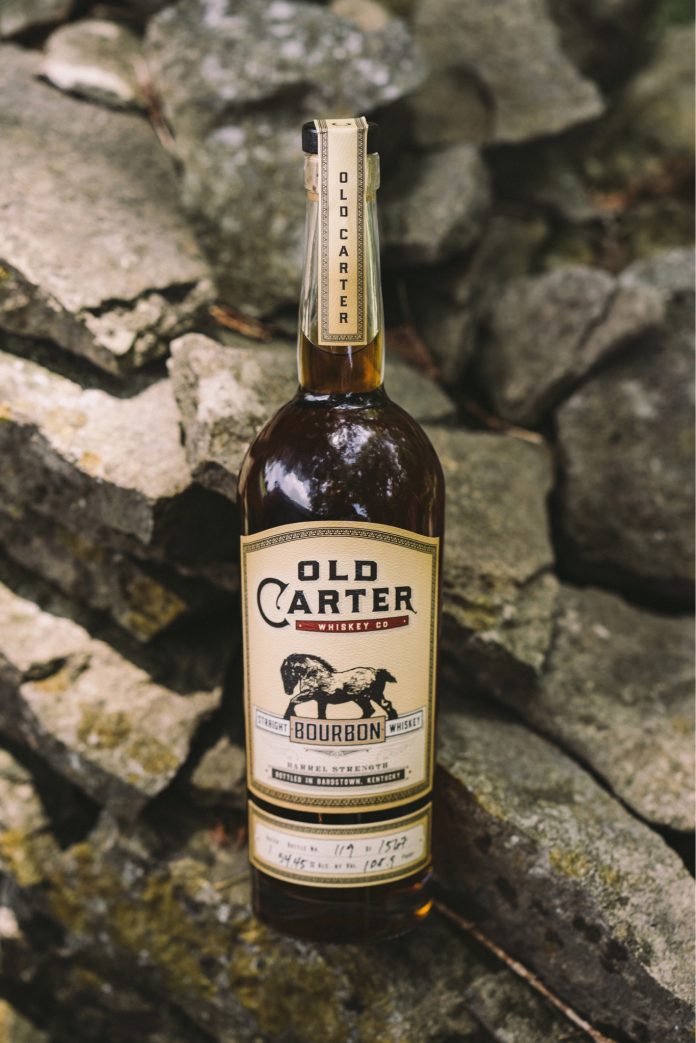 Old Carter Bourbon is a small batch whiskey with a run of only 1567 bottles. It was preceded by Batch 1 and Batch 2 of Old Carter Straight Rye Whiskey, with 1269 and 1289 bottles respectively. The bourbon is bottled at cask strength, unfiltered, with a mashbill of 84% corn, 8% rye, and 8% malted barley.

Owners Mark and Sherri Carter created the Bourbon Batch 1 blend from a selection of their favorite barrels. Sherri prefers aromatic and complex flavors, while Mark demands a powerful pour. The pair feel that this expression combines the best of both worlds.

Coming in at 108.9 proof and 54.45% ABV, the Carters encourage bourbon lovers to drink it any way one prefers – neat, on a big rock, or even with a mixer. It will be available exclusively in the state of Kentucky for a suggested retail price of $180.00.