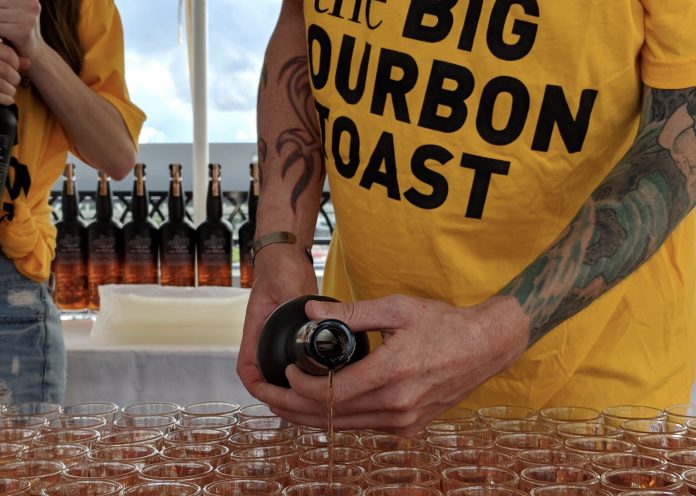 This Monday, New Riff Distilling celebrated its first-ever annual “Big Bourbon Toast”, attracting an estimated 2,200 Bourbon enthusiasts and local dignitaries. The celebration took place on the Newport Southgate Bridge, nicknamed the Purple People Bridge, which links the distillery’s hometown of Newport, Ky. with Cincinnati across the Ohio River. The event spotlights Northern Kentucky as a key gateway to the state’s famed Bourbon Country and newly-launched Bourbon Line (B-Line). It also commemorates Greater Cincinnati’s role as a major mart for American whiskey in the 19th century. 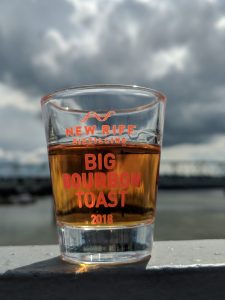 “Today marks a historic day for New Riff Distilling, Northern Kentucky and Cincinnati,” says Lewis. “More than two thousand Bourbon fans joined us to celebrate the launch of New Riff Bourbon, our flagship spirit that proudly embraces the ultimate quality benchmark, Bottled in Bond Without Chill Filtration. We thank our friends from both sides of the mighty Ohio River who joined us to support our spirit’s launch. Together, we are committed to making our region a major embarkation point for Bourbon tourism and the economic development it generates.” 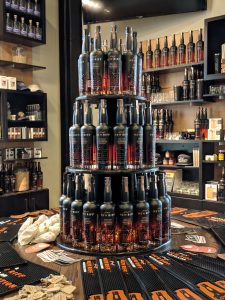