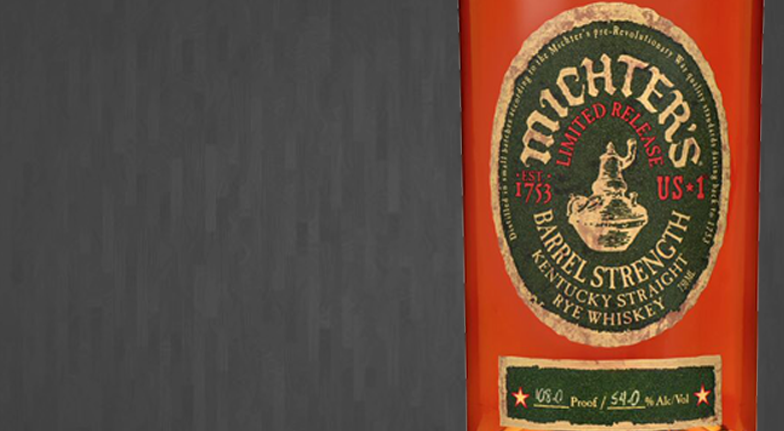 This Spring be on the lookout for the first barrel-strength rye from the folks at Michter’s, the now Louisville based company recently announced.

Michter’s US*1 Barrel Strength Rye is a Kentucky Straight Rye Whiskey and is bottled at barrel strength rather than the 84.8 proof alcohol level of Michter’s US*1 Single Barrel Rye. The barrel entry proof for the product was 103 proof, in hopes of yielding a richer, smoother product than a higher entry proof would.

Most of the barrels had a proof of between 108 to 110.8 proof when dumped, but one barrel did come in a little higher reaching a strength of 113 proof.

“Whenever we would sample right out of the US*1 Rye barrels, we loved the whiskey. We thought that our loyal Single Barrel Rye customers would enjoy tasting some at barrel strength,” said Michter’s President Joseph J. Magliocco.

Michter’s US*1 Barrel Strength Rye is offered in the U.S. at a suggested retail price of $75 per 750ml bottle.