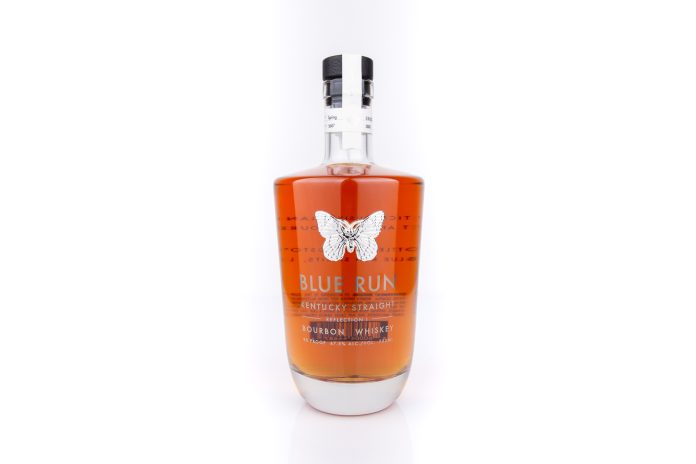 Blue Run “Reflection I” Kentucky Straight Bourbon is a small-batch whiskey which Rutledge distilled at Castle & Key Distillery in 2018.  Just 200 carefully selected barrels were chosen for this bottling, each toasted to a #3 or #4 char and aged in Frankfort and Bardstown, KY. “Reflection I” is bottled at 95 proof.

Curious on the Char #3 inclusion, we asked BRS to elaborate more deeply:

“The char 3 takes on more toasted notes, merging well with the heavier char 4 to create a unique flavor profile that we hadn’t experienced before. We’re always looking for uniqueness and the ability to stray from homogenous is always one we’re on the lookout for.

In general, you will get less smoky oak/campfire-type notes with a 3 but more mocha/brown notes.  You may see slightly slower aging with 3 as compared to 4 during the same period of time….a.k.a. flavor impact of a 4 will be greater than that of a 3 due to the nature of the flavor compounds formed with the higher degree of heat.

Comparing “toasted vs char”, toasted notes tend to be different as the fire does not touch the barrel during the toasting process whereas it does with charring (think roasting a marshmallow above a flame vs. putting in fire).  Blending the two char levels (3 & 4) can allow for an optimization to take place, taking advantage of the mocha/brown notes of a 3 in combination with the smoky deeper tones of a 4.“

BRS CEO and Cofounder Mike Montgomery had this to say regarding the newest run:

“’Reflection I’ is going to appeal to both the whiskey novice and the seasoned veteran,” said Mike Montgomery, CEO and cofounder of Blue Run Spirits. “This release blends barrels with medium to deep char levels allowing us to marry some very intriguing flavor differences. It is a full-flavored sipper that truly demonstrates Jim Rutledge’s finely honed skills as a distiller.”

The name “Reflection I” was chosen by two of Blue Run’s founders who faced personal challenges over the past two years, in the middle of the pandemic and while launching Blue Run Spirits. Pulled from existing aging stocks, this refined Bourbon, at this particular proof, is what they both enjoyed during this period, allowing them to reflect on what truly matters, starting first and foremost with family.

TASTING NOTES (provided by BRS) – “Reflection I” exhibits Rainier cherries and creamy butterscotch on the nose, followed by fluffy pancakes and maple syrup on the front end, fresh rosemary on the mid palate and an invigorating nutmeg finish. This bottle features precious metal sliver ink and a sterling silver coating on the brand’s signature butterfly medallion.