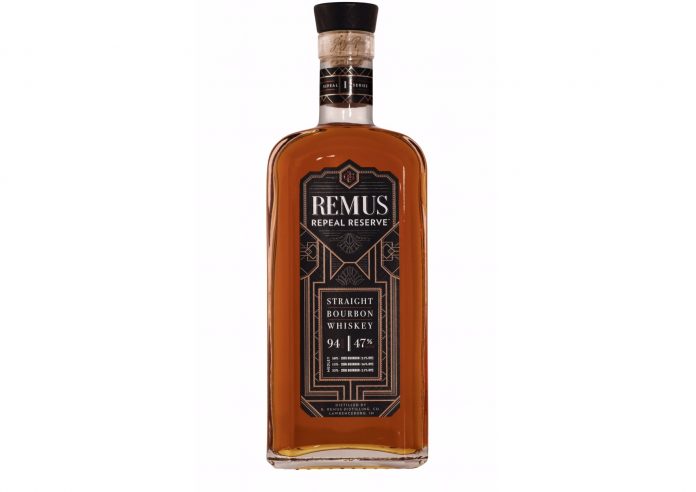 MGP Ingredients is proud to announce the limited release of their first reserve Bourbon this November 2017. Named after the legendary “King of the Bootleggers,” George Remus Repeal Reserve will debut on November 13, the birthdate of George Remus, and will be presented in a series of events leading up to December 5, Repeal Day, which is the celebration of the end of Prohibition.

Remus Repeal Reserve Bourbon is a blend of three high rye style Bourbons and is bottle at 94 proof. The proportions are as follows –

Remus Repeal Reserve is packaged in an 750-ml art deco bottle at a suggested retail price of $74.99. It will be available in limited quantities as of November 13 in Indiana, Iowa, Kansas, Kentucky, Minnesota, Missouri, Nebraska, Ohio and Wisconsin.