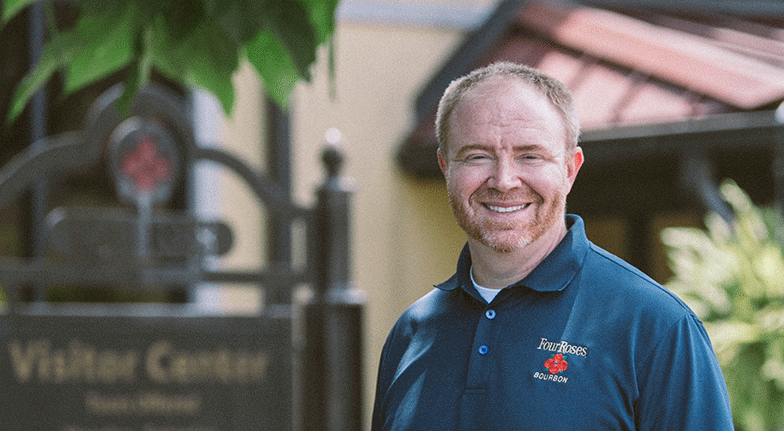 In 2005, when Brent Elliott learned Four Roses was hiring an assistant manager of quality control, the Owensboro, Ky., native had never even heard of the brand, much less tasted its whiskey. Yet the chemist and sensory specialist applied anyway, just hoping he could land work in the bourbon industry and move back from Nashville to the Bluegrass.

“Bourbon was taking off and I really wanted to be part of that,” said Elliott. And just to make sure he knew something about his prospective employer, “I got a bottle of it on the way there. I knew right then that it was very high quality.”

Ten years hence, Elliott’s now the man ensuring that bourbon’s excellence in his new role as master distiller. The position became his when Jim Rutledge retired on Sept. 1 of this year. Rutledge’s 20-year run saw him resurrect and elevate the Four Roses brand from bottom shelf obscurity to aficionado favorite. 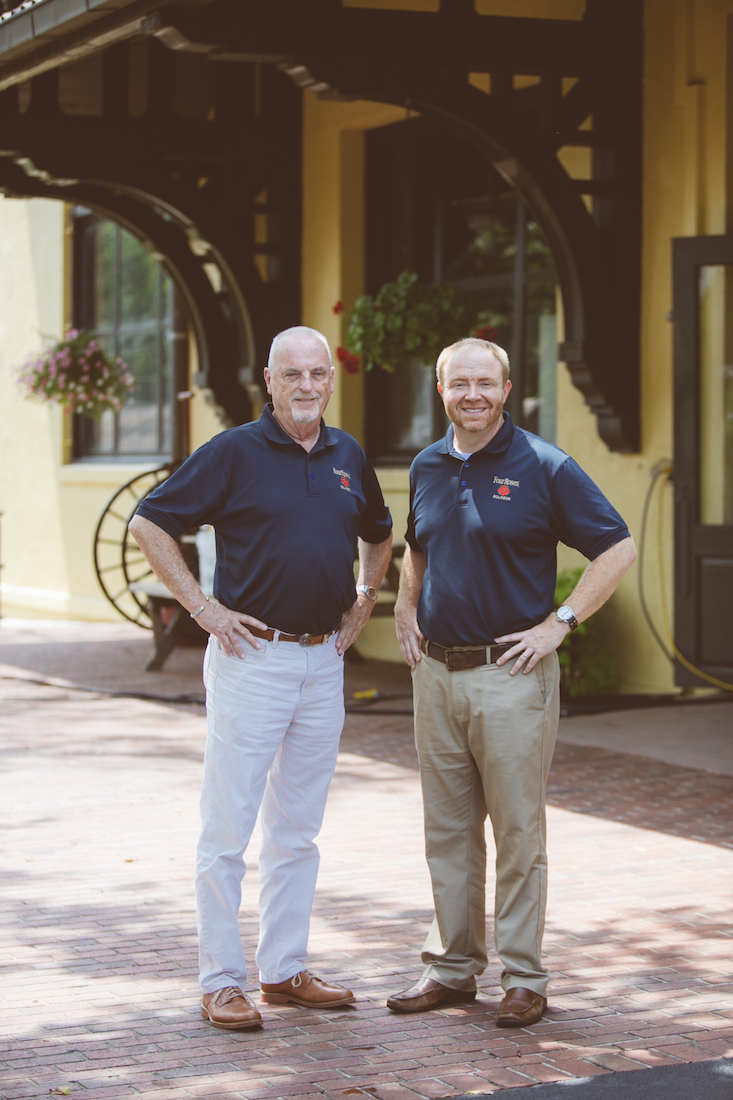 In taking on the new position, Elliott will retain his previous job duties as director of quality and become the public standard bearer for Four Roses. The trick to managing both will be parsing his time carefully between lab work on sensory panels and greeting and
speaking to the brand’s rapidly expanding fan base. Calling Rutledge “a natural” in the role, he knows he’s got big shoes to fill.

“When you see Jim in front of 300 people, he makes it look easy. But something tells me it’s not,” Elliott said. “What’s good is I know the material, and I get so excited about bourbon that I kind of forget my aversion to public speaking.”

According to Elliott, his ascension to master distiller was not only a bit of a surprise, but a moment bereft of ceremony—even any chance to decline the promotion. It happened on an ordinary workday, when he was called to a meeting that included CEO Satoko Yoshida.

“They said it like it was a foregone conclusion, that Jim’s retiring and that, ‘you will be the master distiller,’” he recalled. “I was sort of shocked, but of course I was excited.”

Rutledge wasn’t surprised the company chose Elliott to replace him.

“It was their decision, but I thought he was the best choice that we had by far,” said Rutledge. “There’s not a bit of ego or arrogance in him at all, so he gets along well with people. … He’ll be an excellent master distiller.”

Elliott said his work with Rutledge never took on the feel of a formal mentorship, nor did their relationship imply he’d be the master’s handpicked successor. He said working with Rutledge was a study in learning by following the high standards he set for himself. Those passive lessons were easy to internalize, he added, because the results were so obvious and positive.

“I’ve only watched him, really, seeing his passion for the product and his ability to build relationships with people,” Elliott said. “Another one of the most important things he taught me was to listen to the customer. I know I’ll get plenty of chances for that.”

Interestingly, while Elliott doesn’t share Rutledge’s dislike of flavored whiskies (“I have no problem with them, but I’m also a purist who doesn’t drink them.”) he’s in lock step with Four Roses’ commitment to maintaining its current lineup of three standards and an annual limited edition bottling. Private barrel picks will continue, but on a select basis.

“Once we’re satisfied with what we have to get done right now, maybe we’ll think about other ideas,” he said. “But like Jim has said so many times, keeping up with current demand is what we have to do first.”

The company announced this year it will address its booming trade by spending $55 million to double its whiskey production in Lawrenceburg and add rickhouses and a new bottling line at its Cox Creek, Ky., facilities. Though he’ll not be involved in the construction of those facilities, Elliott will face growing his quality control team to manage the increased product volume.

“We’re laying the groundwork to manage those increases,” he said. “But the expansion won’t affect me directly as master distiller for now.”

For the short term, Elliott will continue adjusting to his new responsibilities, learning which he might delegate to trusted staffers, and which he must shoulder first in Rutledge’s absence. He admitted the notion of keeping so many balls in the air is a bit daunting, especially for a married father of children ages 5 and 7.

“That my wife, Amy, is both super excited and super supportive of me taking this on, that removed 90 percent of my apprehension,” Elliott said. “So I guess you could say I’m both excited and a little scared. But it’s still a dream job.”