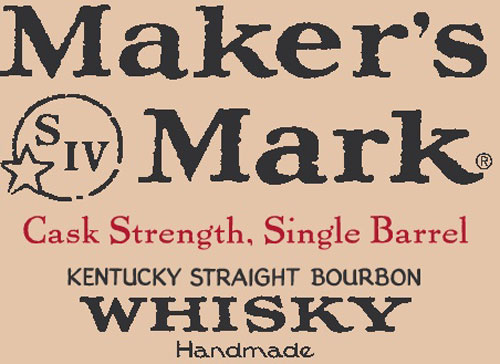 On June 16th Maker’s Mark will start selling a limited bottling of what they’re calling Maker’s Mark Cask Strength Single Barrel.  As the name suggests, this will be bottled at cask (barrel) strength at around 111 proof (55.5% APV). And will come from barrels that were filled on the date (March 31, 2011) when Bill Samuels, Jr. retired and his son, Rob Samuels, took over as President of the company. There will be two separate versions, one that is bottled from the last three barrels that were filled under Bill’s watch while the other comes from the first three barrels that were filled under Rob’s tenure.  The 375 ml bottles will be sold together at the Maker’s Mark Distillery in Loretto, KY, and a few select retailers for around $150.  Only 1,200 two-bottle sets will be available for sale. 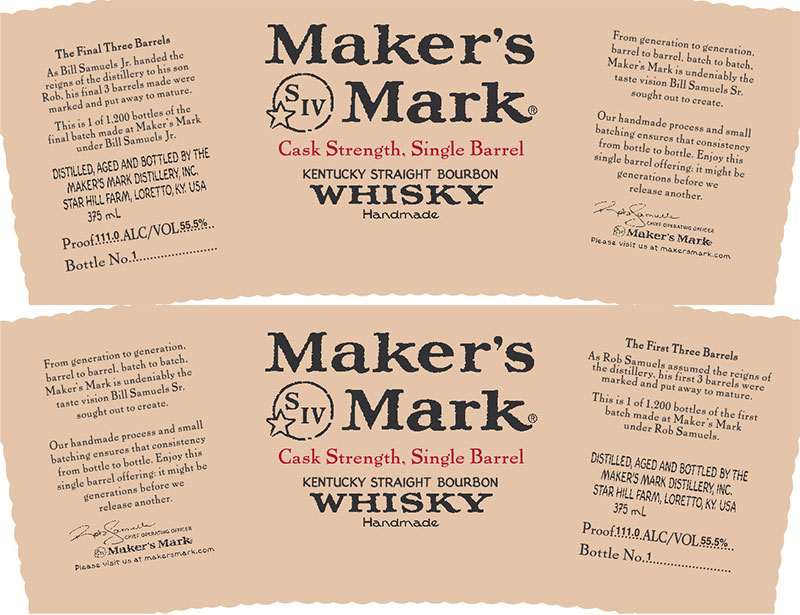