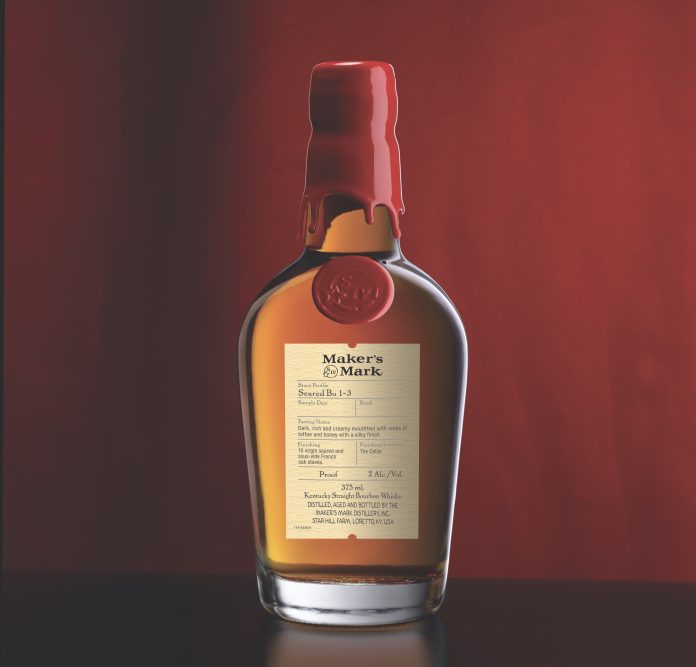 Seared Bu 1-3 was created following the reception of Maker’s Mark Private Select, a first-of-its-kind barrel program. The Maker’s Mark team has continued to experiment with new wood staves and cooking techniques that extract and accentuate tasting notes found in Maker’s Mark. The Seared Bu 1-3 stave, while able to yield a delicious Bourbon on its own, did not entirely complement the other staves in the Private Select program. As such, while the distillery is not planning on putting this into production, they wanted to share what they had – a whisky they loved, born from Maker’s DNA.

As with all Private Select liquids, Seared Bu 1-3 will be bottled at cask strength. Just over 1,400 bottles will be made available at an SRP of $39.99 per 375ml bottle. The Maker’s Mark Distillery notably produced only one bourbon for over 50 years before the introduction of Maker’s 46 in 2010.