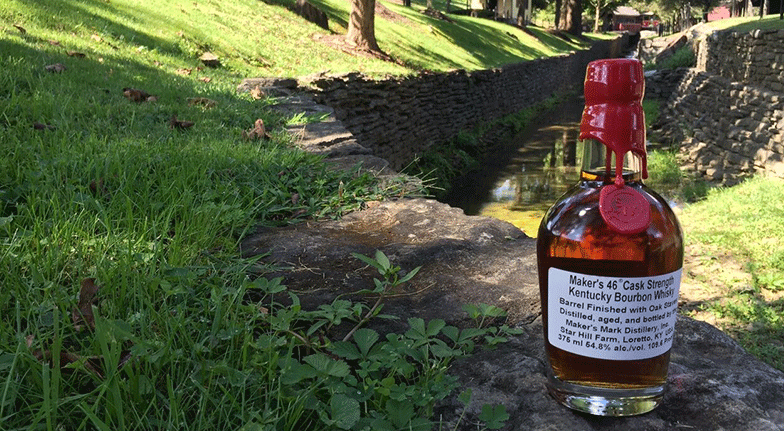 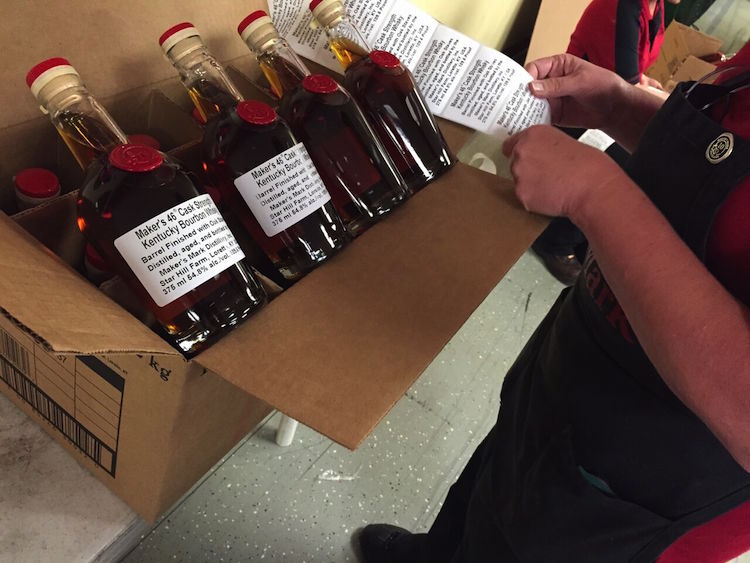 This September, Maker’s Mark will release for the first time a cask strength version of their Maker’s 46 line of Bourbon.  Maker’s 46 Cask Strength Kentucky Bourbon Whiskey will only be available for purchase at their distillery which is located in Loretto, Ky.

Releasing a special bottling for those visitors who make the journey to Loretto isn’t a new concept to the Maker’s team.  Their Maker’s White, an unaged whiskey, was initially available for purchase to only those who toured the Maker’s Mark Distillery grounds.

Maker’s 46 is made using a process that re-barrels fully matured Maker’s Mark Bourbon, once the barrel has been equipped with special toasted French oak staves.

The toasting process provides these staves with much more spicy and cinnamon flavors compared to a normal charred stave according to the distillers at Maker’s.  Maker’s also worked extensively with barrel experts at Independent Stave Company, one of the leading manufacturers of oak barrels in the world, to develop this process.