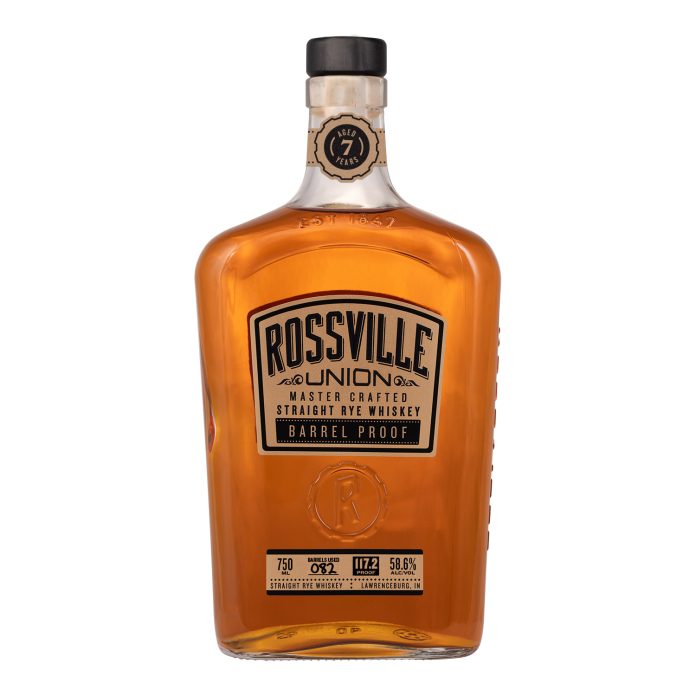 Rossville Union 2022 Barrel Proof features a medley of straight-rye mash bills, distilled by one of the largest producers of rye whiskey in America – Ross & Squibb Distillery.

The flavor profile (provided by R&S) includes an aroma of rye spice, vanilla, caramel, oak, and slight chocolate; forward flavors of sweet caramel and vanilla, moving to baking spices and chocolate; and a lingering finish of rye and a hint of sweet mint.

There were 82 barrels selected for this year’s release, which is displayed on each bottle of Rossville Union Barrel Proof. And for the first time, the label features a 7-year age statement.

“Rossville Union 2022 Barrel Proof is another example of the great rye-whiskey tradition we’ve carried on at Ross & Squibb Distillery and yet another reason Indiana is the rye capital of the world. As the popularity of rye whiskey continues to grow, we’ve selected another exceptional medley of rye mash bills to satisfy even the most discriminating tastes among the ever-growing numbers of rye-whiskey drinkers.”