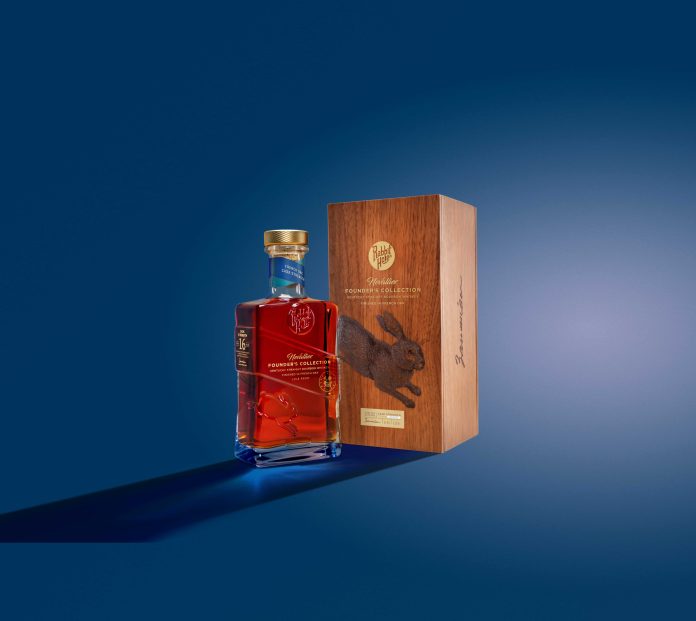 {LOUISVILLE, KY} We have good news for all you Rabbit Hole fans out there. In June, they will release the 4th Edition of their Founders’s Collection, titled ‘Nevallier‘.  The limited-edition Kentucky Straight Bourbon was aged for 16 years, representing 15 years in new charred American oak barrels and a full year of finishing in new French Oak barrels crafted from the Nevers and Allier (how fun are hybrid words) forests of France and whose barrels were crafted by Tonnellerie Leroi, one of France’s most renowned cooperages.

In creating Nevallier, Kaveh Zamanian set out to explore how bourbon could be transformed by French Oak, and the result is a whiskey that is completely unique in relation to the other whiskeys he’s produced. Per the brand, Nevallier nudges bourbon past its traditional borders with intricate notes of spice and cinnamon.

With Nevallier, Kaveh explores the sensory impact of French oak maturation on bourbon, calling upon terroir and time-honored winemaking techniques to create an expression of originality and singular taste.

A total of 1,155 sequentially-numbered bottles of this cask-strength offering will be released in June, for a suggested retail price of $895 per 750 mL bottle. This cask strength offering is 115.8 proof/ 57.9% ABV. Each is bottle is individually numbered and features an impressive gold cork inside a stunning wooden box with magnetic front and back panels that may be removed to display the exclusive whiskey.

Nevallier began with a selection of ten, rare Kentucky Straight high rye bourbon whiskeys chosen by Kaveh from the private collection he began curating before he founded Rabbit Hole. Kaveh cloistered the charred American oak barrels for 15 years of vibrant seasonality in Kentucky, where the bourbon derived a distinctive flavor from the particular barrel in which it was aged. When blended, the whiskeys came to a stunning conclusion, with elevated layers of aroma, nuance and complexity.

Per the brand, forest of origin played a pivotal role in the choice of oak that Kaveh selected for the barrels to be used in finishing. Given that the terroir and climate of a region affect the density of the wood’s grain and the manner in which the wood imparts its oak flavors, he ultimately selected oak from the Nevers and Allier forests of central France. There, the woods are of medium-to-tight grain and release the region’s characteristic oak flavors slowly, while imparting the soft tannic structure that discerning winemakers have long favored.

Kaveh notes, “It’s not a cliché for me to say that I go down ‘rabbit holes’ to challenge what bourbon is and what it can be. This element of exploration and a willingness to take risks is exactly what our Founder’s Collection represents. With Nevallier, I set out to explore how bourbon could be transformed by French Oak and the result is a whiskey that is completely unique in relation to the other whiskeys I have produced. Nevallier nudges bourbon past its traditional borders and it is my hope that this one-of-a-kind spirit expands the perception of bourbon among those who have a deep appreciation for fine whiskey.”

Sensory notes per Rabbit Hole reveal a deep auburn hue that foretells the whiskey’s bold character and sets the stage for a unique sensory experience that begins with aromatics of custard, orange, cherry, and caramel. On the palate, an intricate dance of tobacco, vanilla, fig, blackcurrant, spice and cinnamon culminate to a long and dramatic finish sparked by intense spice and floral notes.