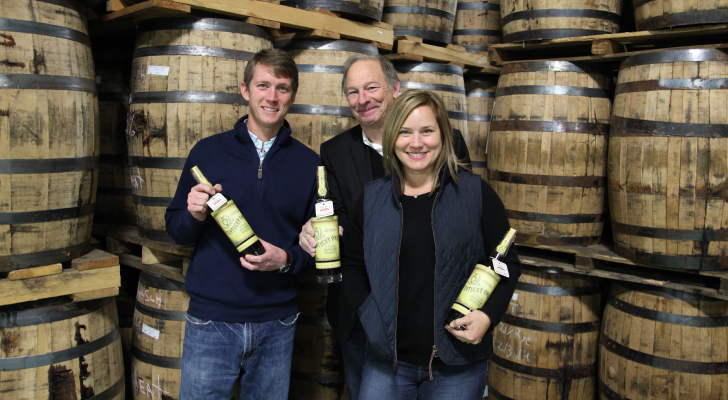 This holiday season just got a little merrier for the good boys and girls Santa visits in Bourbon Country.  Kentucky Owl Kentucky Straight Bourbon Whiskey is scheduled to release three new and extremely limited single barrel versions of Bourbon the week before Christmas, according to one of its founding partners Dixon Dedman.

Kentucky Owl Batch #3, #4 and #5 should be bottled around December 9th and could be in the hands of the cult following this young brand has built, in just over a year, by as early as the following week.  Each of these batches will be from a single barrel, meaning only about 200 bottles will be available per batch or around 600 bottles total from all three batches.

The change from a small-batch to a single barrel is not the only major difference from the first two batches of Kentucky Owl. The three barrels Dedman chose for these new releases all have wheat as their secondary ingredient, not rye like the previous two.  Dedman says, “This is the first stuff we bought and fell in love with it right away.” 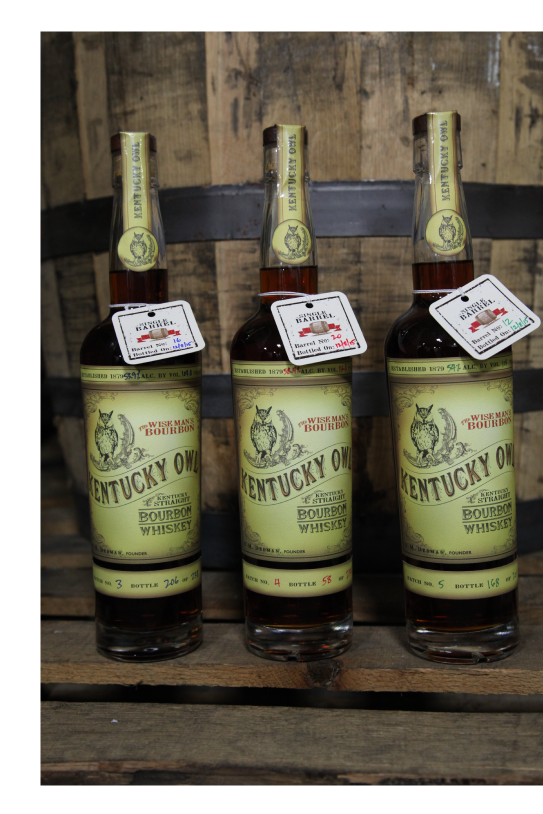 According to Dedman, this whiskey was already two years old when purchased.  He immediately re-barreled the juice into brand new barrels that had a char level of four, which is the most intense char level by industry standards.

Dedman, and his partners Mark and Sherri Carter, launched the first batch of Kentucky Owl in September of 2014.  Dedman has known the Carters for years since both families run small boutique inns.  Dedman’s family has owned and operated the Beaumont Inn in Harrodsburg, KY since 1919.  Earlier this year, it took home an award from the James Beard Association, which is considered an “Oscar” in the culinary world.  But Dedman also has Bourbon distilling lineage in his family tree.

Dedman’s great-great-grandfather, C.M. Dedman was given funds to start his own distillery from his father as a wedding present.  By 1879, the C.M. Dedman Distillery was opened off the Kentucky River in Mercer County, KY.

C.M. made whiskies such as Kentucky Owl Sour Mash Bourbon and C.M. DedmanWhiskey at his distillery and had amassed three rickhouses to store his product.  But Prohibition forced the Dedman’s out of the whiskey business.  According to Dedman, soon after Prohibition ended the famous Stitzel-Weller Distillery opened and was given the DSP permit number of 16.  Many folks are familiar with the Stitzel-Weller Distillery because Julian “Pappy” Van Winkle was one of the original partners.  But what most folks don’t know is that DSP 16 was the original permit number given to the C.M. Dedman Distillery.

Dedman was constantly reminded of his past ancestors’ distilling days growing up, especially by his grandfather who would say not “if” but “when” he won the lottery the first thing he was going to do was bring back the old family Bourbon label.

So, when Dedman went to Mark Carter (who is also a very accomplished wine maker in Napa, CA) about producing a special wine for the Beaumont Inn, Carter immediately made it clear he was more interested in helping Dedman bring his family’s Bourbon label back to life. So the two got to work and the following year finally secured their first source for Bourbon, which is what Dedman and Carter are releasing this holiday season.

Although the juice inside the bottles of these new Kentucky Owls will be very different compared with the first two batches, not much has changed on the outside.  Different ink colors will be used when the barrel info is written on the labels by hand.  Batch #3 (Blue Ink) will be bottled at 107.8 proof with 206 bottles available.  Batch #4 (Red Ink) is being bottled at 116.8 proof and will be 212 bottles.  Batch #5 (Green Ink) is 108 proof and will have 194 bottles available.  There are also neck tags accommodating the bottles which highlight that these are single barrel Bourbon.

Dedman seems to be very proud of these new batches of what he shares is around nine-year-old Bourbon.  “They’re sweeter and richer and not back-loaded with that cinnamon profile the first two batches had.  They’re still barrel proof though, and still full flavored.”

All Kentucky Owl Batches have been released barrel proof and Dedman will have it no other way.  “We’ve always said our Bourbon will be coming out at barrel proof, but they won’t be coming out until we’re happy with them.  We’re not watering them down.  If someone is willing to pay the price, you give them the full complement and if they want to add water or ice then they can do that.”

The very humbled and mild natured Dedman still seems a little uncomfortable but very appreciative at the same time of the response Bourbon fans have given his initial batches.  Not only did those first two releases fly off the shelves, but they also caught national attention from the likes of Garden and Gun Magazine. “I had no idea that this would turn into what it has and the response it’s gotten. It’s so strange that folks email and call me and say, ‘Mr. Dedman. If you’re available could you sign my bottle?’ It’s just the most bizarre thing in the world to me.  I don’t consider myself to be anyone in the Bourbon world.  I’m just proud to be able to put out my old family label and to be able to say I brought something back that hadn’t been produced in over 90 years.”

And if folks decide that they don’t want to buy his old family label anymore, then Dedman does have a backup plan.  “99.9% of my life is spent washing dishes or frying chicken or busting tables at our restaurant in the [Beaumont] Inn.  If we decided to hang it up tomorrow I believe we could get our money back on the inventory we have.  I have enough bottles at this point I could save for my kids and one day say to them, ‘Hey.  Your great-great-great grandfather did this at one point in time.  And we did it also.’”