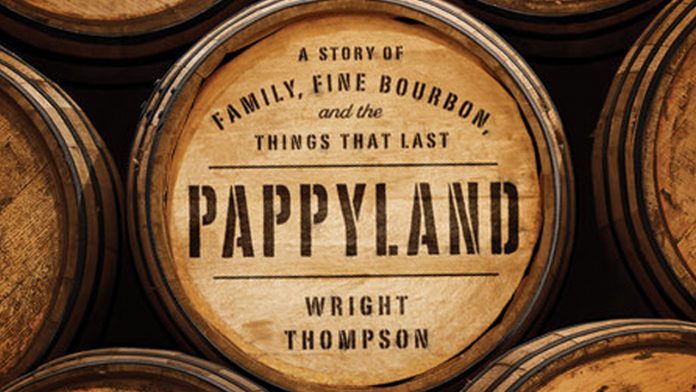 Pappyland is not a “smooth” one dimensional sipper. It’s complex.  It has layers. Just like a fine bourbon should, damnit.

Does it deep dive into Bourbon’s fascinating history at large? Sure.  Does it use the scalpel for an in-depth look at the world’s most coveted Bourbon brand? Of course.  And hey, that alone is certainly enough to keep eyes glued downward and pages turning rapidly as shots at a college bar.

But perhaps the magic ingredient, what makes this book truly stand out is NOT the glamour and allure of the brand.  Quite the opposite. It’s the author’s sensational ability to remove the cape and capture the vulnerability of one man’s struggle through a long Odyssey-esque epic journey to save his family’s legacy.  To convey the importance of family.  To know what struggle is and to somehow come out on the other side and emerge victorious.  To be human.   This is the story of Julian Van Winkle III.

The author, Wright Thompson, Senior writer for ESPN and southerner from Mississippi, “had” to spend part of three years studying, sipping, and learning from Julian Van Winkle III in preparation for the book.  Tough life.

Julian’s grandfather, Julian Sr. “Pappy”, opened the Stitzel-Weller Distillery in 1935 just outside of Louisville.  On his passing in 1965, Julian Jr. took over but was forced to sell the distillery in 1972.  When Julian Jr. passed in 1981, his son Julian III became president of the family brand during a time when likely the last thing you wanted to own was a Bourbon Company.  The American Whiskey Industry had been on a traumatic downward spiral going back over a decade prior.

So how in the world did Pappy get to where it is today?! Well, you’ll just have to get the book and read about it😉