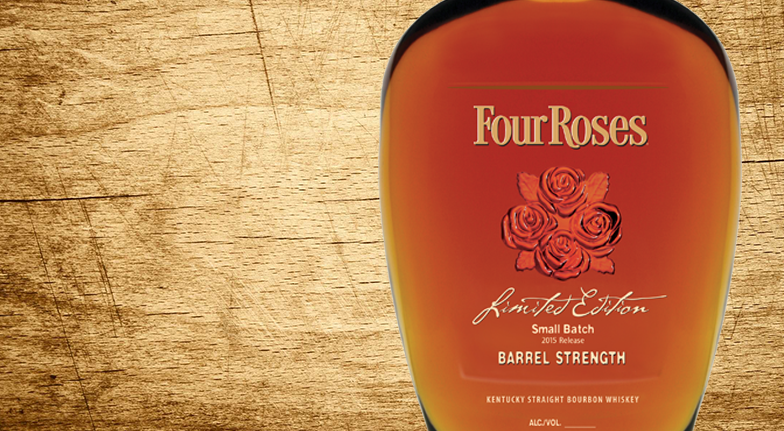 Four Roses will continue bottling its Limited Edition Small Batch Bourbon this Fall and according to the company, they have mingled together a very special batch this year to say goodbye to their tenured Master Distiller Jim Rutledge.

Four Roses is the only Bourbon company that currently has two separate mashbills and five proprietary yeast strains which allows them to produce ten different Bourbons recipes.  This year’s Limited Edition Small Batch will feature an OBSK recipe that’s 16 years old, a OESK that is 15 years old, an OESK that is 14 years old and an OBSV that is 11 years old.

Rutledge shared this about the 2015 release, “This combination of mature Bourbons is something truly special.  It’s great when you can go out on a high note, and this Bourbon delivers that.”

Like the previous releases, the 2015 Limited Edition Small Batch will be bottled at barrel strength at 108.5 proof (54.25 ABV).  Approximately 12,600 hand-numbered bottles will be available to consumers around the middle of September.