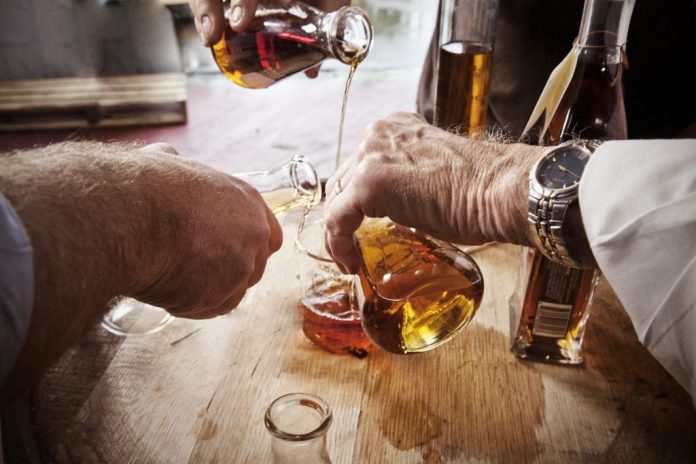 Angel’s Envy definitely knows how to mix a good drink. The late founder and patriarch Lincoln Henderson logged all his Bourbon recipes, tastings, and ideas in a little black book, which he passed along to his son Wes Henderson and grandson Kyle Henderson. After a lifetime working at big name distilleries like Woodford Reserve, Lincoln set off on his only independent project, Angel’s Envy, with his family as his partners. They broke ground on Whiskey Row in Louisville, Kentucky, in 2013, and are now a fully operational distillery, complete with tours and tastings. This year for Father’s Day, the family asked their whiskey guardians around the country to share recipes and stories about cocktails designed for Dad! 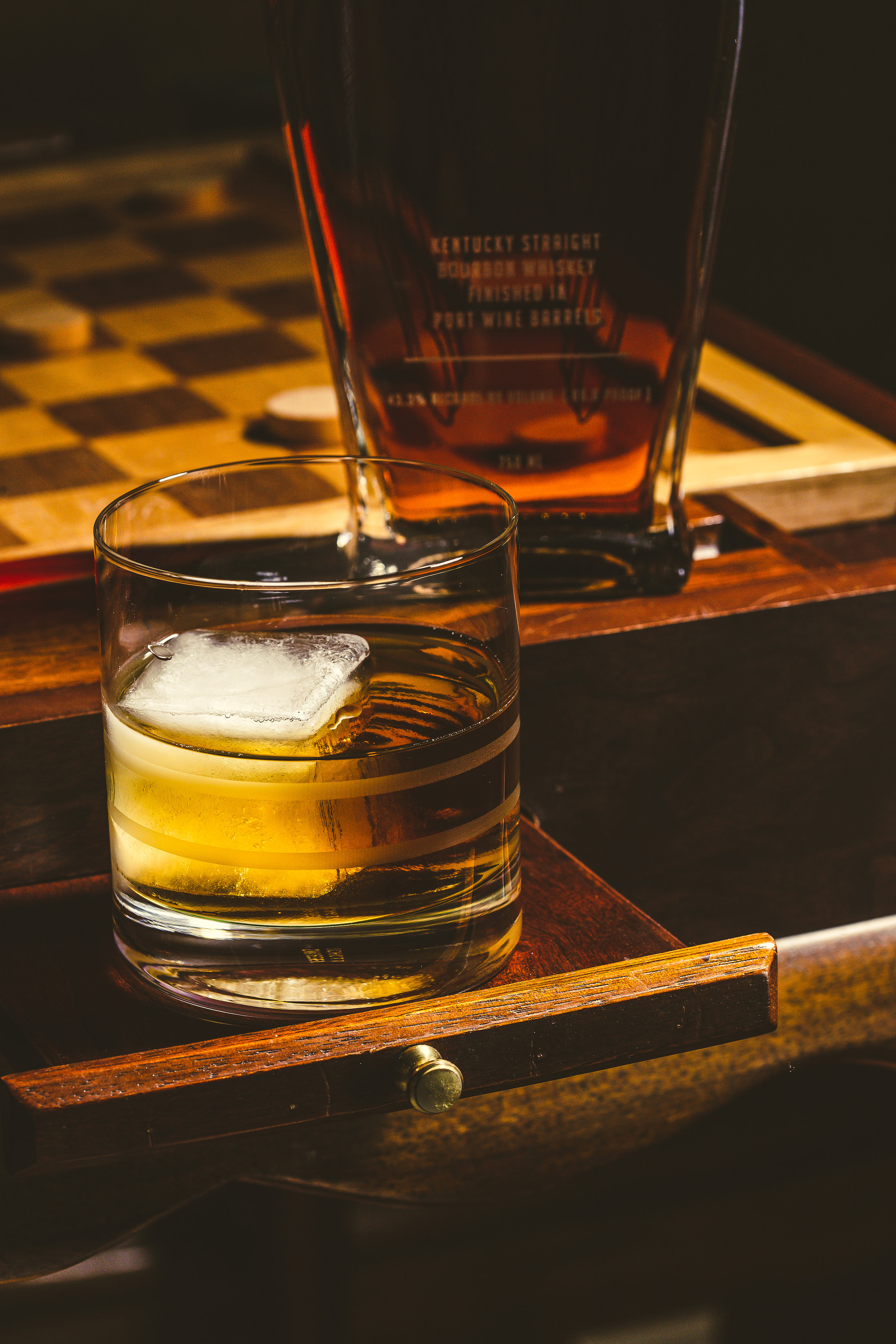 “This particular cocktail was inspired by the idea of combining the flavors of a Manhattan and an Old Fashioned into a hybrid – because of my dad’s preferences. The Old Fashioned is his favorite way to enjoy Angel’s Envy, but he still always asks me to “finish” his drink with an extra cherry or two,” says Pesce.

Instructions:
Combine all ingredients in a yarai. Stir thoroughly, and strain over a large cube. Garnish with an orange peel and a brandied (or Bada Bing) cherry—or a couple of extra cherries, based on Dad’s preference. 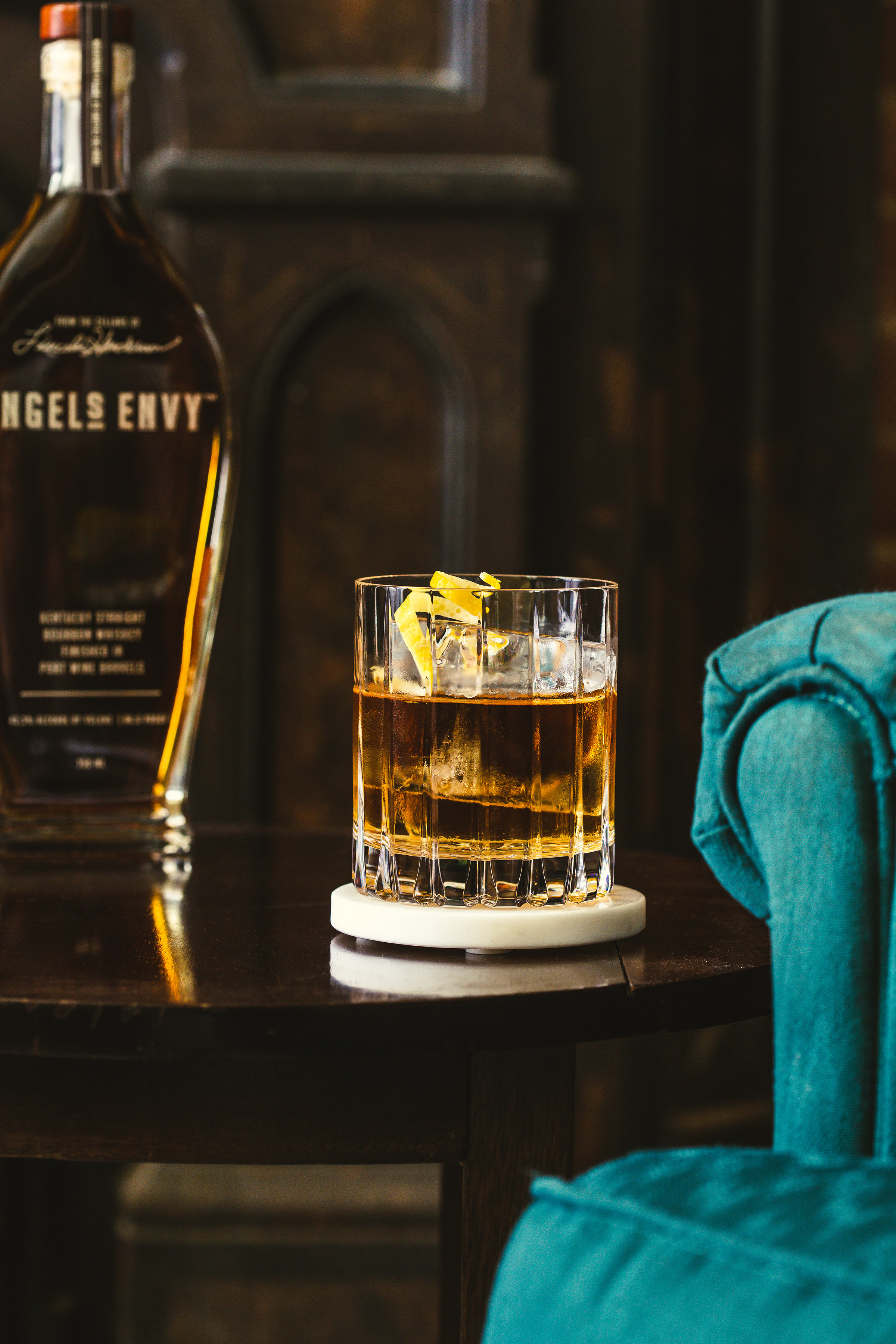 “My Father’s Day cocktail was inspired by three generations of my family: my grandfather, my father and me. When my grandfather served in World War II, he and his fellow soldiers were part of the liberation of southern France. During their march through the region, American soldiers were often met by overjoyed Frenchmen who would pass them glasses of water for their long march.

Sometimes, though, these celebratory souls would hand over glasses of calvados apple brandy instead, and soldiers would knock back an entire glass “not knowing” what they had been given. My cocktail is rinsed with the essence of this apple spirit to impart just a hint of my grandfather’s lasting influence. The Angel’s Envy is, of course, a product of a father and son collaboration, but so is the green apple shrub I use in this cocktail. My childhood home had an apple tree out front that I could climb as a kid, so I wanted to mingle the roots of my childhood with the city I chose as an adult. By combining the apple and the Louisiana sugarcane in my shrub, I intended to link the deep roots my father established for me back home to the city of New Orleans, where I reside today with great love.” 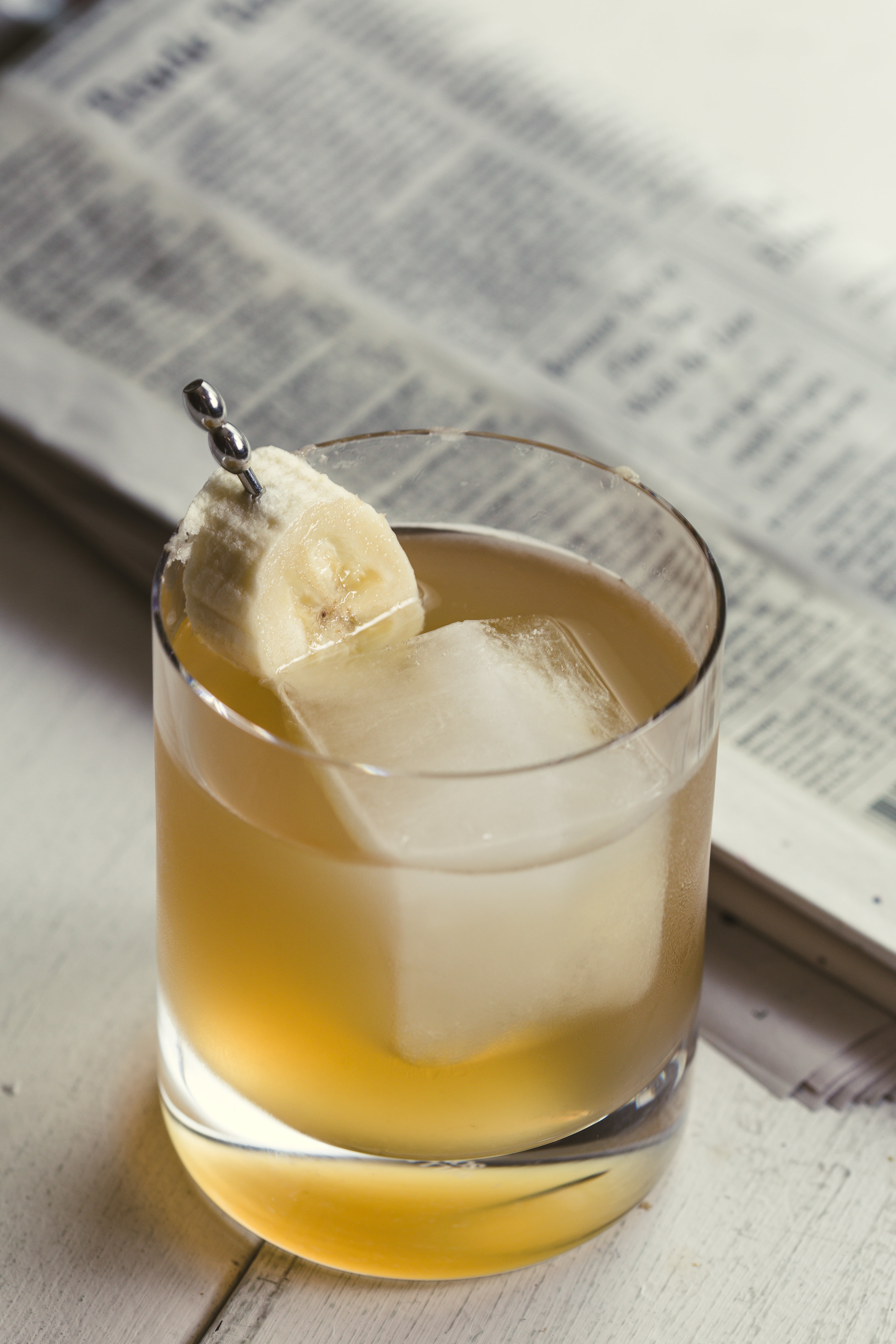 “My father isn’t a very big drinker. As a matter of fact, his first sip of alcohol that I’m aware of is when I got married. I named this cocktail “Without Faculty” because every time I would ask him why he doesn’t drink (I was just poking the bear, of course I knew the answer) he would respond by saying ” I don’t want to lose control of my faculties”. My friends and I still laugh to this day every time he gives us this answer. My Father loves, and I mean LOVES desserts, and one of his favorites is a Bananas Foster. Couple that with his undying love for all things ginger and I came up with this cocktail. All I have to do next is get him to try this drink and I know he’ll be hooked.”

Instructions:
Add all ingredients (except bitters) into a shaker tin. Add Ice and shake. Double strain into a double rocks glass over one large ice cube and garnish with 3 drops of Tiki bitters and a banana slice. 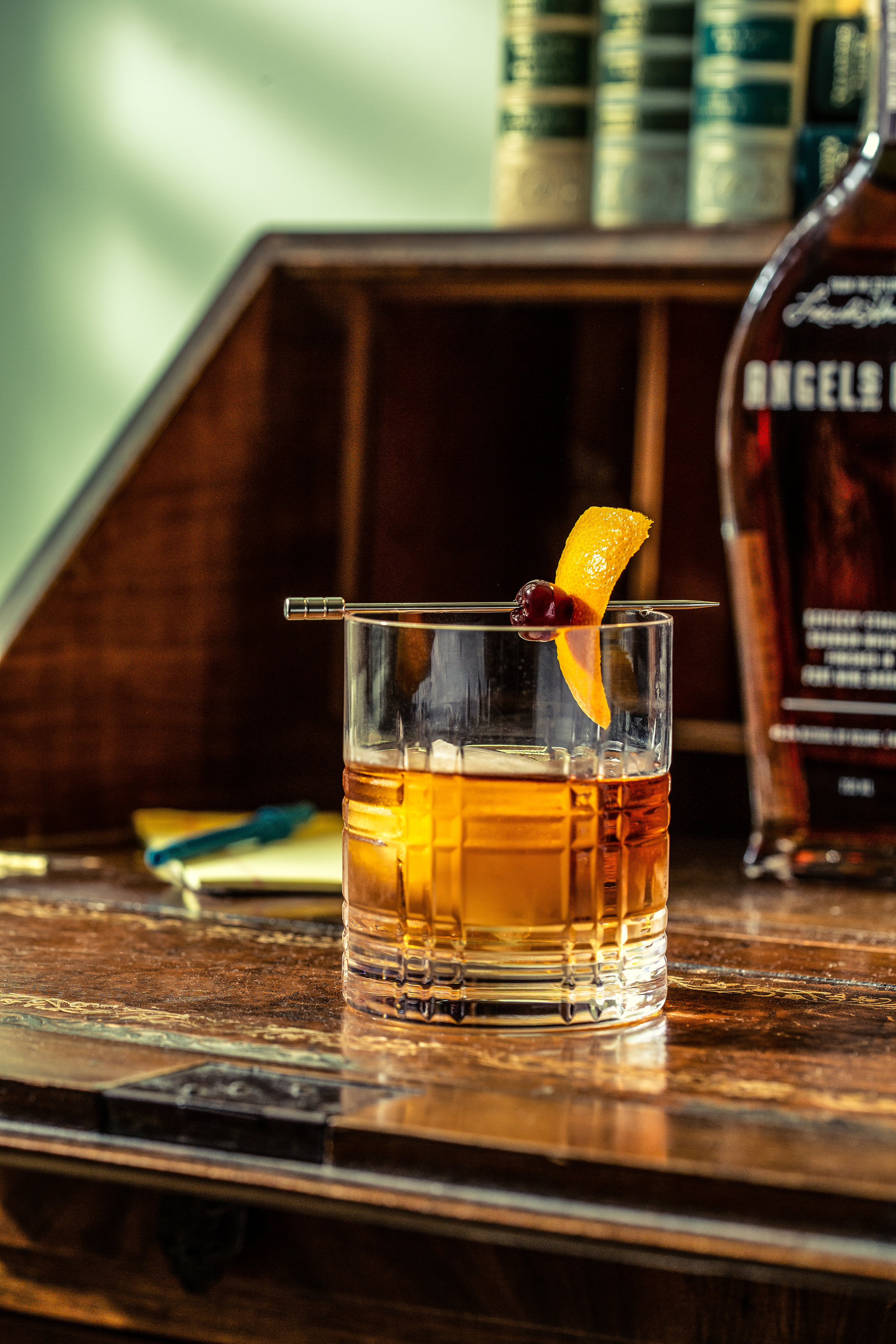 “My father is a bit of a renaissance man. While we were living in the middle of nowhere Wisconsin, he did everything imaginable in the outdoors: he hunted, trapped, fished, farmed and learned everything he could about nature. Then he passed on as much as he could to me and my two brothers. One really cool thing he taught us was how to tap maple trees and make fresh maple syrup and maple sugar. With this cocktail, I tried to pay tribute to all of the time we spent outdoors. It’s rich, smoky, sweet and could almost be a liquid Smores—a drinkable version of what you’d make on a campfire. I think dad would approve.”

Instructions:
Stir all ingredients into a shaker tin. Strain over a large ice
cube finish with spritz of Angel’s Envy Rye, if you happen
to have it.