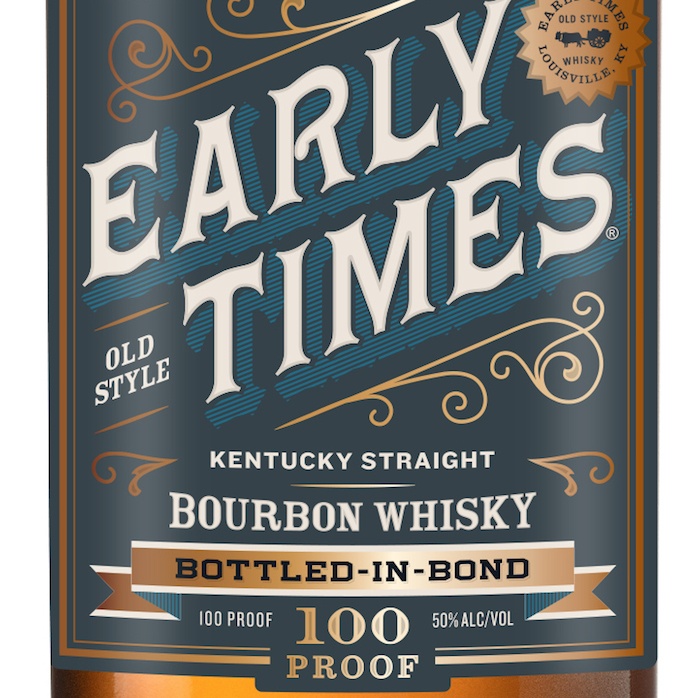 Early Times announced the limited edition release of a revival expression of their Bottled-in-Bond Kentucky Straight Bourbon Whiskey. The expression is a celebration of their first bonded Bourbon, originally released in the 1940’s and a best-seller in the 1950’s.

Early Times is crafted today in the strict guidelines of bonded Bourbon, with pure water, a high corn mash bill, and a proprietary yeast strain. DSP No. 354, the distillery home of Early Times, reports that the mash bill will be composed of 79% corn, 11% rye, and 10% malted barley.

Presented at 100 proof at a price of $22.99 for a 1L bottle, Early Times Bottled in Bond Bourbon will be available in July in select markets including Kentucky, Ohio, Indiana, Illinois, Michigan, and Oregon.