Home Opinions Did Bourbon Really Used to be “Better”? 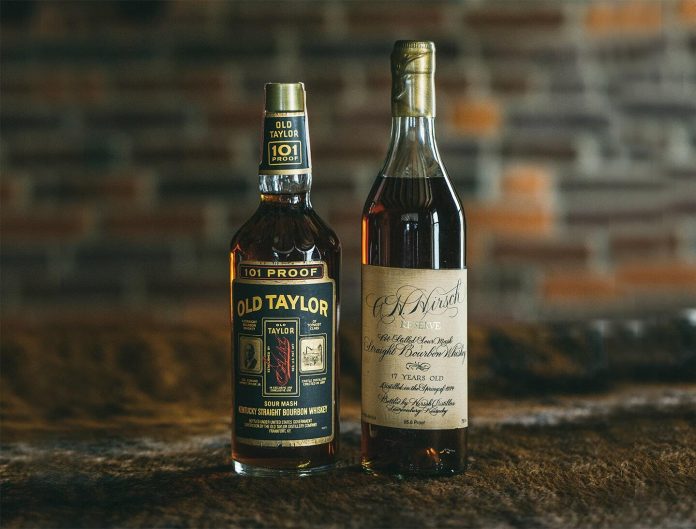 “The real rye, not that pickle juice you have today,” read the caption under a bottle of late-1990s Old Rip Van Winkle Old Time Rye posted on Jayson Ozoria’s popular Instagram account, @J_wh1skey. While offhand it would appears he was “##it-posting” (as the kids say), the New York-based collector truly feels today’s American whiskey is vastly inferior compared to what it used to be. “The reality is quality has suffered because the hype train is on fire. You have new people drinking who never experienced real quality juice and to them it’s supposed to taste like that.”

With “dusty” drinking becoming mainstream, and more and more vintage bourbons and ryes making their way onto bars and restaurant menus, a debate has emerged:  was American whiskey really better back in the day? On one side of this argument you have the collectors.

“It was unquestionably better,” claims Ozoria. “That’s not a question, it’s a fact.”

On the other, those actually making today’s whiskey.

We were fortunate enough to connect with the late Al Young, legendary Four Roses Ambassador whom served in the industry for 52 year before his passing in December 2019. “You know, everyone is different in terms of their interpretation of what ‘good’ means,” claimed Young. He’d seen it all and for him, today’s overall quality is more predictable and consistent, across the board, whether you’re talking about grain identities, yeast purity, or barrel manufacturing. “This results in cleaner, more defined bourbons that have benefited from the data collected from less controlled production and aging methods in the past.”

Ozoria and other vintage whiskey collectors don’t really care about predictability and consistency, however, they care about taste. Maybe less control, and (they would claim) more artistry back in the past, was a good thing? And, if today’s products from top to bottom shelf are generally more lacking in flaws and off-flavors than bourbons and ryes from the past, to many they also lack a certain “oomph.”

“Even [less-acclaimed] low-proof dusties tend to have deeper noses than their contemporary equivalents,” explains Kris Peterson, the spirit archivist at Mordecai, the Chicago bar that almost exclusively deals in vintage.

It’s impossible for many dusty-lovers to cite why they think old whiskey was better. The most common beliefs range from the switch to automated equipment, the use of wider cuts and higher entry proofs, and even barrels not being seasoned as well and as long as they used to be. It’s all speculation, of course, as is my belief that the elimination of cypress fermentation tanks may have also eliminated signature flavors from certain brands (though, for what it’s worth, a few distilleries like Maker’s Mark still use cypress).

“Also, there hasn’t been a lot of study regarding how whiskey changes in a bottle over decades,” adds David Jennings, perhaps the country’s most noted Wild Turkey collector.  “It could be that some of the notes and flavors we taste in dusty whiskeys now may not have existed when first bottled.”

The biggest problem is it’s so hard to fairly compare the past to the present. Old Rip Van Winkle Old Time Rye was produced by the much-ballyhooed Stitzel-Weller. That distillery is now defunct and today’s Van Winkle rye comes from Buffalo Trace. Same name, completely different product. Likewise, dusty Old Grand-Dad may have that same orange bottle/elderly visage as today’s juice, but previous to1987 it was made by National Distillers; today it’s distilled by Jim Beam.

“The National products were far superior to anything Beam was putting out,” complains a blogger in a post last year. “Still to this day when I crack open an Old Taylor, Hill & Hill, Bellows Rare, Crow or OGD from National I can’t help but think how much worse off we are as consumers with National and other producers going by the way side (sic).”

Since bourbon is such a turbulent industry, there’s really only one legitimate past/present comparison and that’s Wild Turkey, which has pretty much always been distilled by Jimmy or Eddie Russell. While current Wild Turkey is still much beloved, dusty Turkey is absolutely deified. Interestingly, Jennings doesn’t necessarily believe the older stuff is any better.

“I think the profiles are certainly different, but not the overall quality,” says Jennings, who reviews Wild Turkey both old and new at his site RareBird101.com. He is quick to note that a lack of interest in bourbon during the vodka-friendly 1970s and 1980s led to distilleries having no choice but to unload much older juice in their flagship bottles. Like the vaunted Wild Turkey 101/8 series which existed until 1992, and which often included stock as old as 12 years despite the 8-year-old age statement.

“Less demand in the past and no limited edition/special release categories to cannibalize aged-stock improved the overall quality of your standard releases,” explains Peterson. Eddie Russell has confirmed as much, claiming during a Reddit “Ask Me Anything” in 2017 that now that bourbon is red hot, age statements are way more accurate (if they still exist—they no longer do in Wild Turkey 101’s case).

Of course, everyone agrees that not all American whiskey was better “back in the day.” Look at Young’s own Four Roses, which from the late-1950s until 2002 was a rotgut blended whiskey possessing a high percentage of grain neutral alcohol along with sherry and caramel flavoring. Not surprisingly, collectors today don’t much pursue vintage Four Roses, so it rarely factors into any connoisseurial discussion. This “winner-takes-all” drinking mentality may be what is most clouding drinkers’ judgements of the past.

“There’s a bit of a halo effect with dusties for sure,” notes Peterson. “Older isn’t always better. Mid-shelf, dusty pours from a couple decades ago aren’t going to drink better than current premium lines from the large scale producers who are sitting on plenty of aged stock.”

Even the dusty-obsessed must admit that there are still a few good products coming out today. Ozoria, no surprise, offers faint praise for today’s offerings, thinking quality barrels are few and far between—“If you have a few million barrels, only 1000 will be good,” he notes—though you will notice him drinking Booker’s on his Instagram account. Peterson loves the raft of experimentation today (barrel finishes, unique blends, etc.) as well as the influx of cask strength products like Stagg Jr. and Old Forester 1920. While Jennings believes some of Wild Turkey’s current single barrel picks are every bit as good as the 101/8 bottles from the brand’s supposed heyday, adding:

“Anyone that maintains that level of thinking [that whiskey was better in the past] is either inexperienced or close-minded.  Period.  These are the glory days of bourbon. Right now. Today.”

Aaron Goldfarb lives in Brooklyn and is the author of Hacking Whiskey: Smoking, Blending, Fat-Washing, and Other Whiskey Experiments.